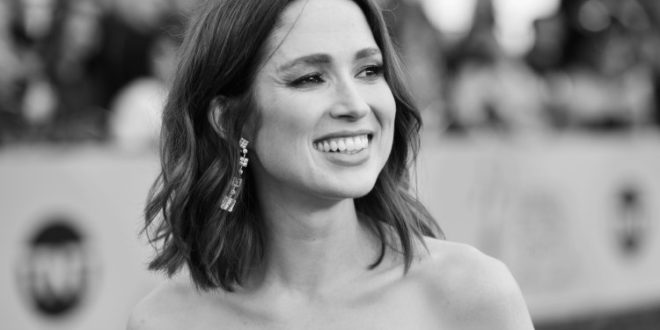 Ellie Kemper is awesome and I mean really awesome. I don’t just say that because she’s a remarkably attractive red head (though that helps, obviously). Really, I say it because she’s both hilarious and talented and because she comes across as the nicest, most personable celebrity of all time in every one of her interviews. I guess it makes sense given her grounded upbringing.

Kemper was born in Kansas City Missouri as the second of four children. Though she comes from a wealthy family, her childhood was remarkably normal and, dare I say it, healthy. She moved to St. Louis when she was five, developed an interest in theater and comedy and stuck with it. She graduated from Princeton University and Worcester College, Oxford. So, yeah, she’s a smarty pants.

She made her professional debut in 2003 and continued her improv work. In 2009, Kemper was named one of Variety magazine’s “10 Comics to Watch.” Her first real break came in 2009 when she was cast in a supporting role in The Office. But today, Kemper is best known for her lead role in the Tina Fey-created Netflix comedy Unbreakable Kimmy Schmidt. Her performance on the show has received widespread praise and she was nominated for the Screen Actors Guild Award for Outstanding Performance by a Female Actor in a Comedy Series in 2015 and an Emmy in 2016 for her performance.

The third season of Unbreakable Kimmy Schmidt will become available on May 19. But if you can’t wait that long to get your Kemper fix, we’ve put together a great gallery of the cute actress’ best photos.