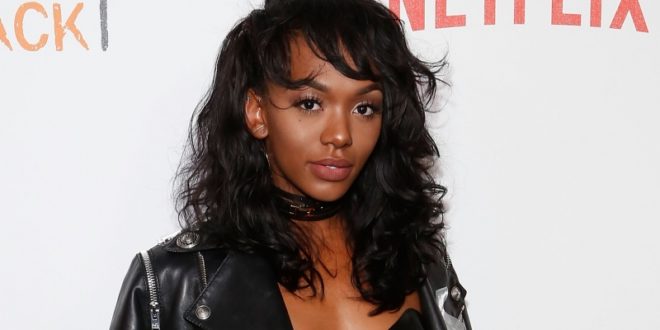 With the 2016-2017 NBA Playoffs right around the corner, now is the perfect time to get acquainted with Elisa Johnson. She is the daughter of NBA Hall of Famer Magic Johnson, and she is an absolute stunner. Magic threw a ton of no-look passes over his legendary career, but trust me when I say that you are going to want to take a long, hard look at Elisa’s hottest photos. Talk about a dime.

[ngg_images source=”galleries” container_ids=”237″ display_type=”photocrati-nextgen_basic_thumbnails” override_thumbnail_settings=”0″ thumbnail_width=”240″ thumbnail_height=”160″ thumbnail_crop=”1″ images_per_page=”6″ number_of_columns=”0″ ajax_pagination=”0″ show_all_in_lightbox=”1″ use_imagebrowser_effect=”0″ show_slideshow_link=”1″ slideshow_link_text=”[Show slideshow]” order_by=”sortorder” order_direction=”ASC” returns=”included” maximum_entity_count=”500″]Elisa is 22-years-old, making her the youngest of Magic’s three children. He and his wife Earlitha “Cookie” raised two children together, as she gave birth to Earvin III (EJ) in 1992 and they adopted Elisa in 1995. EJ was on all four seasons of the reality television series Rich Kids of Beverly Hills, and it seems like Elisa is following in her older brother’s footsteps. Elisa made appearances with EJ on Rich Kids of Beverly Hills and his spin-off show EJNYC.

Enjoy Elisa’s hottest photos in the gallery above, and be sure to give her a follow on Instagram. Roughly 300,000 people can’t be wrong.