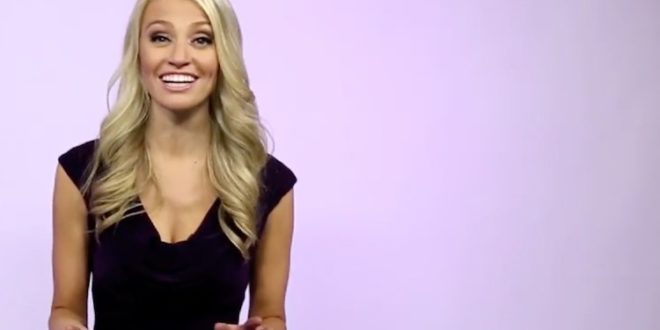 Despite the fact that I couldn’t agree with a word that they’re saying, I actually watch Fox News more than any other cable news channel. They say to defeat your enemy you must first understand them, so I try and immerse myself in the idiocy of Fox News in order to better understand this peculiar breed of people.

However, sometimes, in between the propaganda and other preposterous “news” segments, the occasional eye candy pops up.

You’ve got Kat Timpf, you’ve seen Kimberly Guilfoyles, and now I introduce you to Carley Shimkus.

Shimkus, who majored in journalism at Quinnipiac University, joined Fox News in 2009, eventually becoming an associate producer in 2012. In addition to her role as producer, Shimkus makes the occasional on screen appearance, as well.

We can see why Fox News wants her on screen as much as possible.