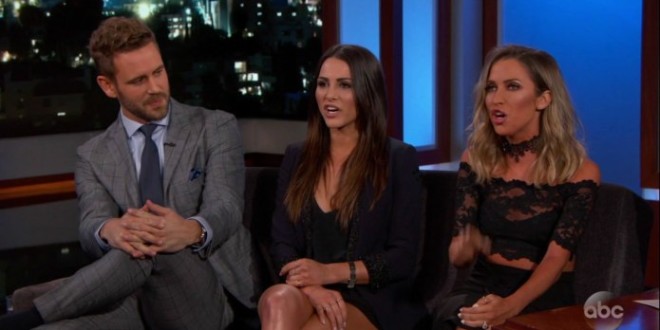 If Nick Viall's Bachelor premiere wasn't awkward enough for you, you need to watch his Jimmy Kimmel interview

In case the new season of The Bachelor doesn’t promise enough drama for you, Nick Viall got to hang with both Andi Dorfman and Kaitlyn Bristowe on Jimmy Kimmel Live! last night.

And surprisingly, it was less awkward than one might expect

Dorfman is the one who seems the most out of her element — when Kimmel asked the group when the last time was that any of them saw each other, her response is just, “This is so awkward.”

Apparently, the last time they did all see each other was Jade Roper and Tanner Tolbert’s summer wedding — yes, that wedding where Viall infamously hooked up with the maid of honor, Liz, who is now a contestant on his Bachelor season.

But apparently, Viall was the only one who had fun at that wedding. Bristowe admits she left early because she wasn’t drinking, and according to Dorfman, “I sucked because I was the single girl, and they were up on all the bridesmaids — and I guess the maid of honor.”

Overall, though, things weren’t too awkward between the three of them, despite the fact that Viall competed for both their hearts — and got dumped at the last minute both times. Apparently, they even see each other occasionally, and it sounds like all is forgiven.

“We talk every once in awhile,” Viall said. “We’ve run into each other. We’re friends. Like, we’re friendly.”

As for whether things went better on his season, Viall isn’t giving anything away. He won’t reveal whether he’s in a relationship now, but did say that he didn’t kiss anyone on New Year’s. Does that mean he’s still single? I can only hope.

RELATED:  'Bachelor' Contestant Admits to Having One Night Stand With Nick Viall Before Season Begins 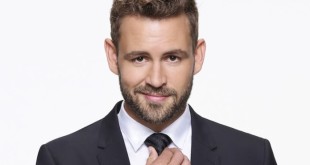 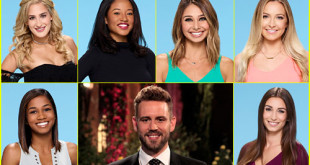 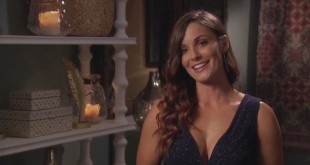