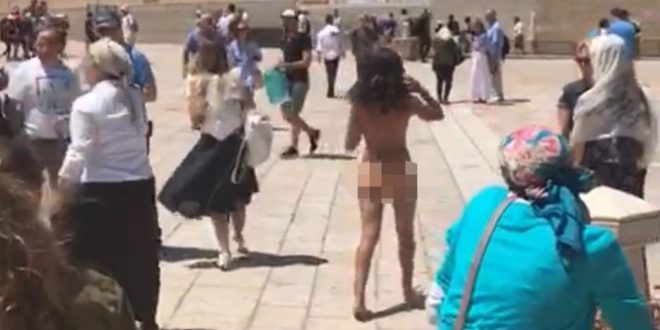 The unnamed 23-year-old was blanketed by security guards who raced to remove her from the holy site, video from the scene shows.

The woman, who reportedly lives in Jerusalem, suffers from mental health issues, her parents told a local television station.

“She came in clothed and at some stage took off her clothes. She seemed to be determined, as if she wanted to cause a provocation,” a witness told Israel’s Channel 2. “People started to scream and cry and when she started moving toward the men’s section she was stopped by force.”

The wall in Jerusalem’s Old City is the last remaining part of the second Jewish temple, and is considered one of the holiest sites in the Jewish religion.