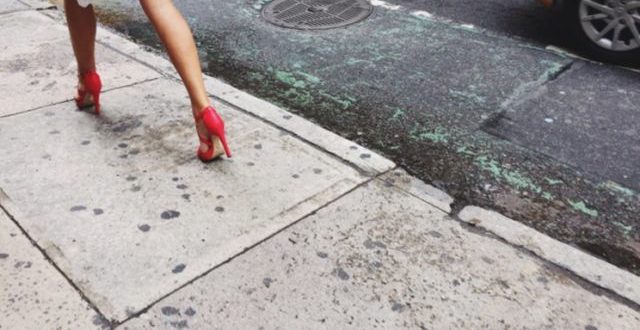 Every once in a while, we hear stories about women who didn’t know they were pregnant until really late in the game — sometimes not until they were in labor. But one woman in Massachusetts was so unaware that she was pregnant and in labor that she ended up giving birth this week on the sidewalk.

Boston-area TV station WCVB-TV reports that Christine Harvey told her boyfriend, Doug Rogers, on Monday that she was having severe cramps. The cramps were so bad that Harvey arranged for a friend to take her to the hospital but while she was waiting on the sidewalk for her friend to arrive, she gave birth to a 6-pound, 6-ounce baby girl. According to WCVB-TV, neighbors called 911 but Harvey gave birth before help could arrive.

Harvey’s boyfriend also arrived after the fact. “She was holding something really small and there was a lot of blood,” Rogers said. “I held her. I was like ‘Huh?’ But she’s gorgeous.’” According to Rogers, both Harvey and the couple’s daughter are doing well. “I’m just blessed right now,” he said.

Harvey isn’t the first women to give birth without realizing she was pregnant: Another woman in Massachusetts went to the ER with stomach cramps in 2016 and gave birth soon after, while a teenage girl in Wisconsin gave birth in her toilet in 2016 after she thought she was having a tough BM. TLC even made a TV series out of the concept called, I Didn’t Know I Was Pregnant.

“It’s not incredibly common, but it happens,” women’s health expert Jennifer Wider, MD, tells Yahoo Beauty. Jessica Shepherd, MD, an assistant professor of clinical obstetrics and gynecology and director of Minimally Invasive Gynecology at the University of Illinois College of Medicine at Chicago, agrees. “It’s more common than you’d think but is still rather rare,” she tells Yahoo Beauty. There are actually two different classifications of this, Shepherd says: A woman can have a “cryptic pregnancy,” meaning she didn’t realize she was pregnant until after she was 20 weeks along, or a “cryptic delivery,” i.e. she found out she was pregnant as she was having the baby.

It sounds far-fetched, but Christine Greves, MD, a board-certified ob/gyn at the Winnie Palmer Hospital for Women and Babies, says it’s possible to be pregnant and unaware of that fact if a few factors line up. Typically women who are pregnant and don’t realize it have irregular periods and don’t think there’s an issue if they don’t get a period for nine months, she says. Or a woman might also have a condition like polycystic ovary syndrome (PCOS) and assume she can’t get pregnant, Greves says.

Some women also may not have the typical symptoms associated with pregnancy, and might only gain a very small amount of weight, have no nausea, or breast changes, Wider says. Others may simply carry the baby in a way that isn’t obvious or have a small baby, Shepherd says.

Again, it’s quite rare to be far along in a pregnancy and not know it, and especially rare to be in labor without realizing you were pregnant, but Shepherd says it does make the case for knowing your body and recognizing changes when you see them. And, if you suffer from period irregularities, Shepherd says it’s not a bad idea to check in with your doctor if you notice an unusually long stretch of time between periods. 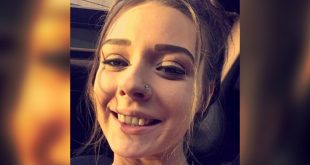