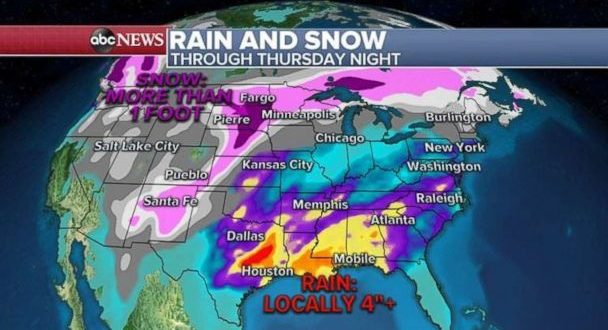 A major storm system is moving out of the West and will redevelop in the Plains, bringing severe storms to the south and heavy snow to the north.

Up to 2 inches of rain fell in Southern California and up to 2 feet of snow fell on parts of the West Coast over the Christmas weekend.

As the storm moves east, 15 states from Arizona to Michigan are under winter storm warnings and advisories. 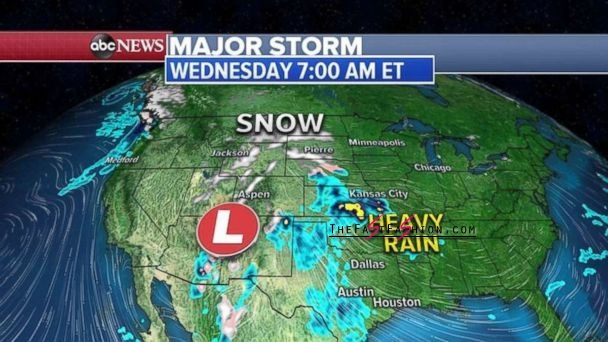 The storm is gathering in the western Plains on Wednesday morning with heavy rain already developing over Kansas and snow forming in the Dakotas.

As the storm moves east, severe storms will fire up Wednesday afternoon and evening in the southern Plains from Midland, Texas, to Dallas and down to Houston.

The biggest threat with these storms will be damaging winds, a few tornadoes and hail. Flash flooding can’t be ruled out either.

Heavy rain with thunderstorms will extend into Oklahoma and Kansas, with heavy snow moving in Nebraska, Minnesota and the Dakotas. 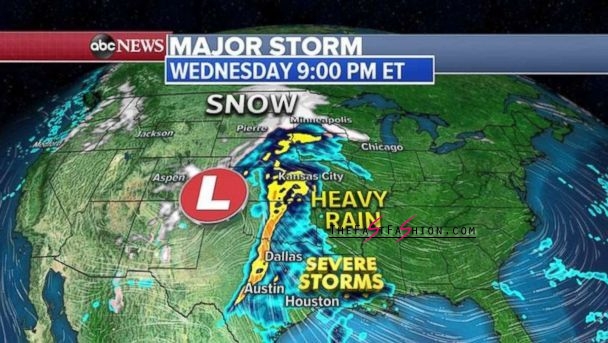 By Thursday, the severe storms will move into the eastern Gulf Coast and the Deep South with damaging winds and flash flooding.

To the north, heavy snow and strong winds will continue from Nebraska to Minnesota and Wisconsin. 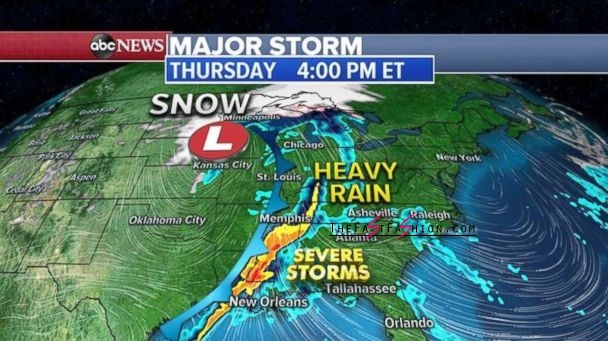 Heavy rain and strong storms will move into the eastern Gulf and the Southeast on Friday.

The heavy rain will also move into the I-95 corridor, from Raleigh, North Carolina, into Washington, D.C., and north to Boston with some flash flooding possible.

Some snow is also possible in New England as the storm moves in. 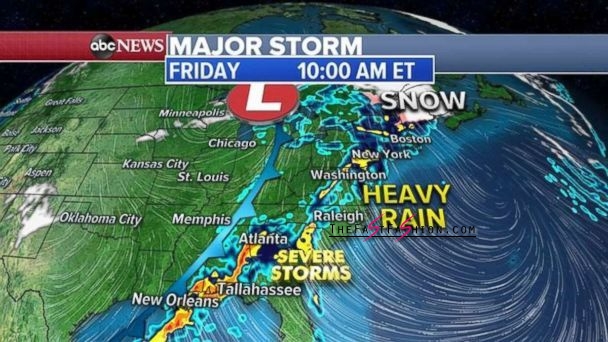 When all is said and done, some areas in the South and along the East Coast will have seen more than 2 to 4 inches of rain.

The snowfall totals in the Northern Plains and upper Midwest could surpass a foot. 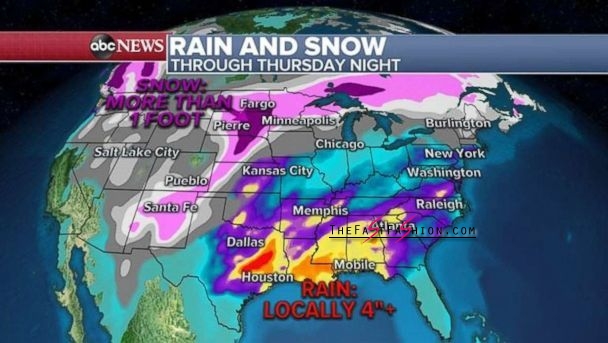