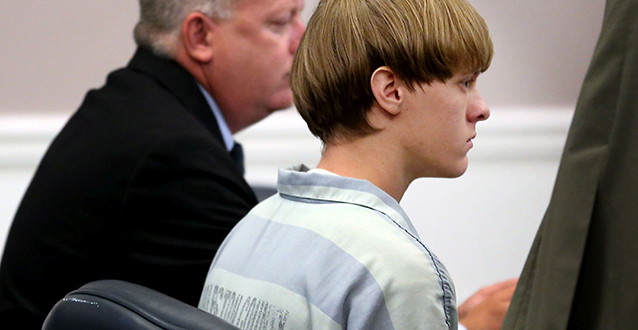 Roof said he did not regret the massacre. Photo: Getty Images

The white supremacist who shot and killed nine unsuspecting church goers in South Carolina said it’s “not fair” he has to hear so much extensive testimony about the impact of the crime.

Jurors will consider whether to sentence Dylann Roof to death or life in prison following the racially motivated slaying of the nine African Americans at the Emanuel African Methodist Episcopal Church, a historic black church in downtown Charleston known as “Mother Emanuel.”

Representing himself and offering no remorse for his actions, Roof argued that the condemning victim impact statements all but guaranteed his death sentence.

“If I don’t present any mitigation evidence, the victim-impact evidence will take over the whole sentencing trial and guarantee that I get the death penalty,” Roof wrote.

The filing was Roof’s first substantial contribution to his defence, an argument that was partially echoed by US District Judge Richard Gergel.

However Assistant US Attorney Jay Richardson rushed to the defence of the grieving families, insisting it was “important that the government and these individuals are allowed to tell the stories of their loved ones”.

The victims, who had welcomed Roof into the church, ranged from 26 to 87 years old.

“My opening statement is going to seem a little bit out of place,” Roof said calmly as he delivered the brief remarks at a podium, occasionally glancing at notes.

“I am not going to lie to you. … Other than the fact that I trust people that I shouldn’t and the fact that I’m probably better at constantly embarrassing myself than anyone who’s ever existed, there’s nothing wrong with me psychologically.

“I am not sorry, I have not shed a tear for the innocent people I killed,” he wrote.

Shortly before Roof’s statement, prosecutors presented a jailhouse journal in which he wrote that he did not regret the massacre or “shed a tear” for the dead.

“I would ask you to forget it,” Roof told jurors, referring to what his lawyers said then.

During the trial, Roof made no attempt to explain his crimes and exhibited no signs of remorse as survivors recounted the rampage in heart-rending detail.