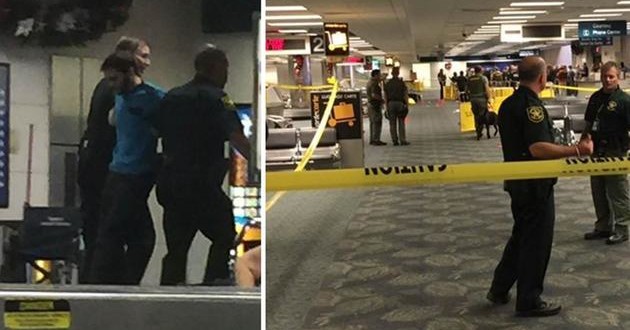 What we know about Florida airport suspect

What We Know About Esteban Santiago, Suspect in Fort Lauderdale Attack

He is the alleged perpetrator of a shooting spree that left five people dead and more injured in the Fort Lauderdale airport this afternoon.

But tonight, Esteban Santiago remains a mystery for federal authorities who are trying to piece together just what led a 26-year-old Army veteran with an intense gaze to go on a murderous rampage.

As he sits in detention – after apparently turning himself over to police without a fight – his social media accounts are providing authorities with early clues.

On Instagram – beneath a profile statement that reads “Here’s to finding whether or not your mission on earth is finished ; if your still alive … It isn’t.” – Santiago is seen in uniform as part of the Army National Guard.

From Dec. 14, 2007 until this past August, the suspected gunman served in the Puerto Rican and Alaskan components of the force, according to Lt. Col. Candis Olmstead, a spokesperson for the Alaskan service.

During his tenure, he was deployed to Iraq from April 2010 until February 2011.

The combat engineer received a discharge for unsatisfactory performance at the rank of E3 – or Private First Class – on Aug. 16.

What he did for work since then remains a mystery.

But federal authorities told ABC News tonight that Santiago recently received mental health treatment after he showed up at the FBI’s Anchorage, Alaska office claiming that the government was forcing him to watch videos produced by the ISIS terror group.

RELATED:  Shooting suspect 'lost his mind' after tour in Iraq

The agents described him as incoherent.

Their colleagues on the opposite side of the country are outside the home of his relatives in New Jersey, where records suggest he may have been born.

Two senior law enforcement officials briefed on the investigation told ABC News that the agents are interviewing Santiago’s family members, but noted that there was no indication that the family members were aware of the attack before it took place.

Meanwhile, there is some clarity on how Santiago arrived in Florida.

Senior officials confirm that Santiago arrived at the Fort Lauderdale airport on a flight from Minneapolis, where he had connected from a flight from Anchorage that he boarded last night.

Some media reports suggested that he had flown to Fort Lauderdale from Canada, however the Canadian Embassy said in a statement that “the suspect did not fly from Canada and was not on a Canadian flight.”

The embassy confirmed that he had flown from Anchorage via Minneapolis and reiterated that, “there is no Canadian connection.”

It was in the baggage claim in Fort Lauderdale that he began his shooting spree, with a gun that a federal law enforcement official tells ABC News was checked legally in his luggage.

Witness Mark Lea, who phoned into this afternoon’s ABC News’ Special Report, said that Santiago “went through a couple dozen rounds” before tossing his weapon and “lying face down and spread eagle” awaiting officers to arrest him.

Previous White supremacist says he has ‘not shed a tear’ for church massacre
Next Veteran Allegedly Kills 5 at Fort Lauderdale Airport Shooting, Terrorism Not Ruled Out 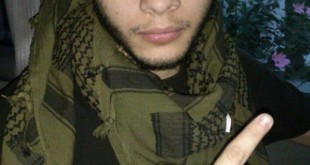 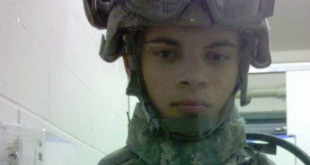 Shooting suspect ‘lost his mind’ after tour in Iraq