Breaking News
Home / News / What Is LeBron James’ Net Worth? 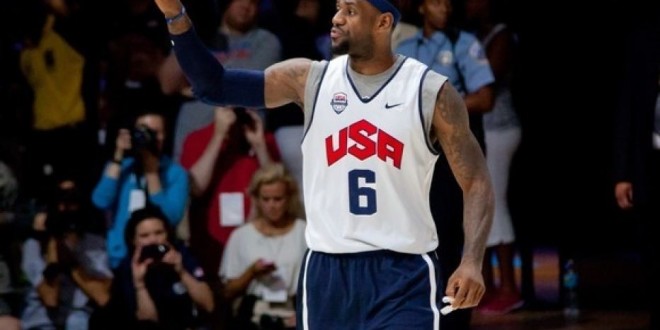 LeBron James has an estimated net worth in the range of $400 million, and he is on his way to becoming one of the wealthiest athletes ever. The NBA star has built a powerful personal brand and racked up big earnings from his NBA salary, endorsements, business ventures, and investments.

With his recently signed lifetime endorsement deal with Nike (NYSE: NKE) and other big promotional contracts, production and film deals in place with Time Warner (NYSE: TWX), and an NBA career that could span another decade, LeBron is on track to reach a billion-dollar net worth even faster than his idol, Michael Jordan.

How did LeBron James make his money?

2016 saw LeBron become the highest salaried NBA player for the first time, with the Cleveland Cavaliers paying their star player roughly $31 million for the upcoming season. LeBron was the third-highest-paid player in the NBA in the previous season, earning roughly $23 million. Since his first season in 2003, LeBron James has averaged roughly $15.5 million in annual NBA pay and earned $203 million in league pay.

James entered the NBA at the age of 18 after being drafted No. 1 overall by the Cleveland Cavaliers, but he actually began bringing in serious money for his basketball skills before graduating high school. The athlete signed his first deal with Upper Deck trading cards — a five-year agreement that saw him paid $1 million annually, and quickly followed it up with a major eight-year sneaker deal with Nike. The first deal with Nike was valued at roughly $90 million, or more than $11 million annually. The two parties signed another five-year endorsement agreement in 2011, with James’s payout rising to $20 million per year.

He also helped to advertise Beats Headphones and opted to receive an ownership stake in the company rather than an upfront payment — a move that paid off in a big way when Apple acquired the company for roughly $3 billion in 2015. James is said to have made roughly $30 million from the Beats buyout.

Between his NBA pay, endorsement deals, and business ventures, LeBron has likely earned more than $650 million. Factoring in taxes, expenses, and money generated from investments make it likely that his net worth is in the $400 million range even without his most recent Nike deal.

What’s next for LeBron James’ net worth?

King James is set to receive a $33.5 million salary from the Cavaliers in 2017 — a figure that will be the highest single-season pay in NBA history. He’s also contracted with the team for the season starting in 2018 and looks to make more than $35 million based on reports that his current three-year contract is worth $100 million. LeBron will likely play for years beyond the expiration of his current deal, but the bulk of his future earnings will come from endorsements.

In late 2015, LeBron James signed a lifetime endorsement deal with Nike that is reported to be worth more than $1 billion. The terms of the deal have not been publicly disclosed and are said to be tied to sales, but James’ agent and childhood friend Maverick Carter has indicated that windfalls for the star’s camp will cross the billion-dollar threshold.

Michael Jordan is still Nike’s biggest athlete-driven business by far, but LeBron James shoe sales generate roughly $350 million annually and have room for growth. The unprecedented lifetime deal makes it likely that the company will pursue the development of a separate brand built around the athlete, as it has with Air Jordan. With James coming off of his third NBA Finals championship victory, his fourthMVP award, and promising media deals in the works, Nike has strong foundations from which to launch a Jordan-style brand around LeBron.

In addition to having film and television production deals with Time Warner, the Cavaliers’ center forwardhas signed on to star in the company’s upcoming Space Jam sequel, and the movie has the potential to be an enduring booster to the star’s popularity and net worth. The compensation King James will receive for headlining Space Jam 2 has not been announced, but it’s likely that he’s poised to receive substantial payouts from both his film role and merchandise related to the picture. Angling for a stake in the picture, as he did with Beats, would likely work to his advantage.

Whether he receives a salary,a percentage tied to the film’s performance, or some combination, the basketball-player-turned-thespian should draw hefty payand brand-building benefits for his turn in front of the camera. Merchandise sales for the first Space Jam, which starred James’ idol, Michael Jordan, surpassed $1 billion without strong tie-ins with Nike products. The upcoming movie will likely see greater coordination between Warner and Nike and could have a long-lasting positive impact on James’ commercial appeal by reaching young audiences and further bridging his appeal beyond the court.

In addition to his NBA pay and endorsement deals, LeBron’s net worth is also likely to get some boosts from his investment and business ventures. Famed investor Warren Buffett has praised the athlete’s business acumen and given him advice on investing and money management. The Oracle of Omaha has been glowing in his praise of James:”You have to understand that LeBron is very smart financially. I’ve never heard him say anything that doesn’t make sense.”

10 stocks we like better than Time Warner
When investing geniuses David and Tom Gardner have a stock tip, it can pay to listen. After all, the newsletter they have run for over a decade, Motley Fool Stock Advisor, has tripled the market.*

David and Tom just revealed what they believe are the ten best stocks Opens a New Window. for investors to buy right now…and Time Warner wasn’t one of them! That’s right — they think these 10 stocks are even better buys. 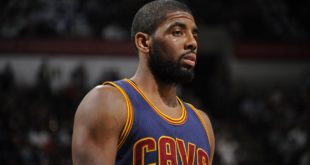 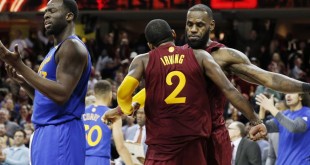