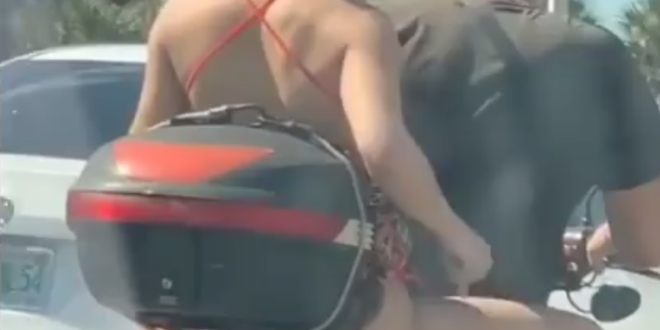 Florida is known for its oranges, Disney World and some absolutely wild news stories.

Now, Florida is once again proving itself to host some of the most brazen people in the nation. A video was shared on Facebook which depicted a woman shaving her legs, nonchalantly in public, all while riding on the back of a scooter.

The scooter appears to be driven by a gray-haired man while the woman, wielding what appears to be a plastic razor, shaves her legs on the back, hitting the razor against the bike to clean out the blades. The couple seems to be throwing caution to the wind by not only riding with an exposed blade but also without helmets.

But what makes the video so, dare we say, iconic, is just how casually she is shaving her legs, as if this is the sort of thing she just does now and again on the way to the beach.

Previous Meghan Markle Has Some Very Important Valentine’s Day Advice for You
Next Yurina Yanagi: 30 Hottest Photos On The Internet