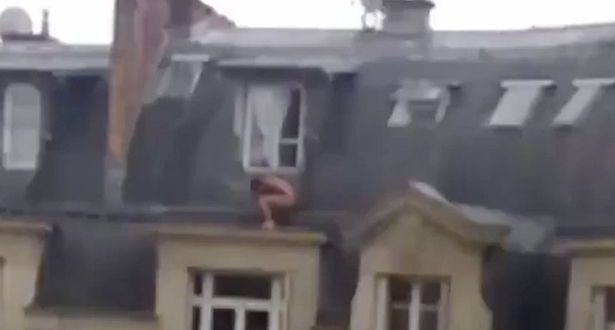 It seems like this rather suspicious-looking naked chap could have been caught out after his lover’s partner came home unexpectedly.

That’s at least what one Facebook user thought when they spotted him in his precarious hiding place – with not a thing to hide his modesty.

He was filmed seemingly cowering out of sight from someone in the room while several floors up from street level.

Eagle-eyed neighbour Naphtal Ngatali spotted him and decided to share the footage on Facebook – where it has now been seen more than 1.3million times. 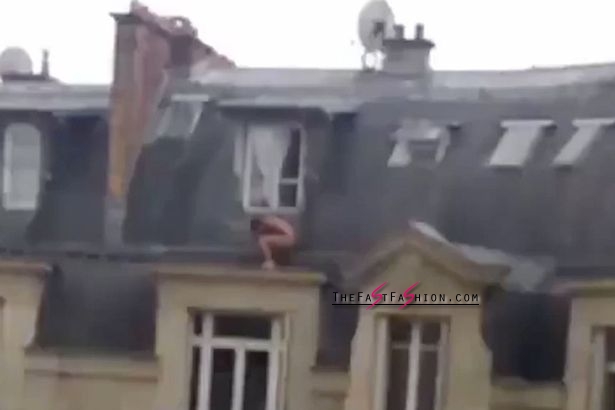 The video, captioned in French: ‘But I live where?’, shows his precarious position.

“Who sent you there my brother?” Ngatali wrote, adding: “He’s seriously in trouble.

“You risk your life for the wife of someone? It’s dead stupid huh?”

While many people commenting on the video agreed with Ngatali, others thought the man could have been a teenage boy caught out in his girlfriend’s room when her parents came home. 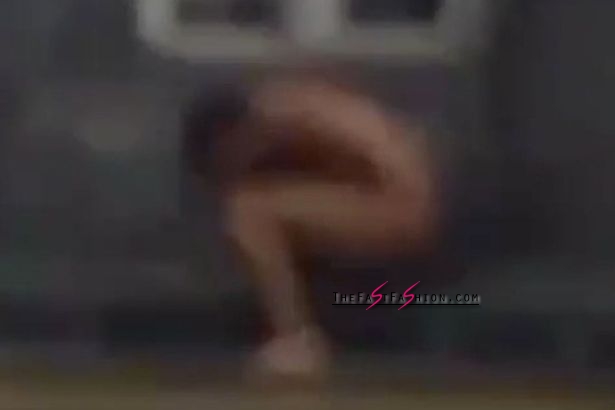 One person wrote: “The husband will see the video on fb (and) he’s gonna laugh 30 sec and will then realise that it’s the facade of his apartment.”

While another wrote: “We can’t prove this is adultery. Maybe it’s a teenager at his girlfriend’s house and her parents have just returned home?”

Previous Hisamatsu Ikumi: 23 Newest & Hottest On The Internet
Next Star Wars fan killed his wife after ‘she smashed his toy collection