Joe Exotic could be a step closer to clawing out of his cage.

President Trump on Wednesday said he’ll examine a request for a pardon from Joe “Exotic” Maldonado-Passage, the star of the hugely popular Netflix series “Tiger King.”

“I’ll take a look,” Trump told a Post reporter when asked about the case and his son’s support for a pardon during a White House briefing.

“Which son? Must be Don — what did he do?” Trump said of Donald Trump, Jr. and then asked about Maldonado-Passage.

After the reporter explained what the “big cat” enthusiast was in for, Trump asked: “Do you think he didn’t do it?”

“Are you on his side? Are you recommending a pardon?”

He then polled the other journalists in the room asking, “Would you recommend a pardon?”

Maldonado-Passage issued a call for a pardon from Trump and announced a $94 million lawsuit against the federal government March 19 on his Facebook page.

The seven-part docu-series on Maldonado-Passage, “Tiger King: Murder, Mayhem and Madness,” has been a hit with Netflix viewers — drawing 34.3 million unique viewers in the first 10 days since its March 20 release.

Previous Linda Tripp, whistleblower in Clinton-Lewinsky sex scandal, dead at 70
Next 3 different Bags and a lot of possibilities 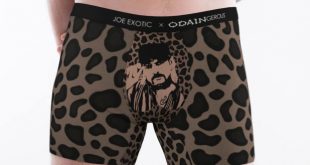