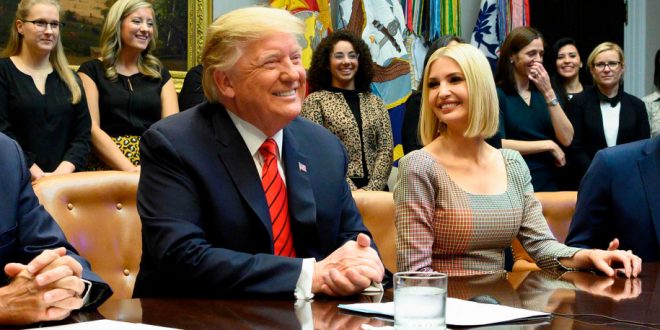 An appellate judge has handed President Trump’s re-election campaign a minor victory, allowing it close-up observation of the counting of ballots in the battleground state of Pennsylvania.

The Thursday morning order from Pennsylvania Commonwealth Court Judge Christine Fizzanno Cannon permits Trump campaign observers to stand within six feet of any table where counting is taking place in order to monitor the process, overturning a ruling from lower Philadelphia court.

With the 2020 race tightening and Joe Biden leading in the Electoral College, Trump’s campaign filed a lawsuit in the Keystone State on Wednesday demanding vote counts be stopped until the campaign was given better access at polling sites, baselessly accusing Democrats of trying to “steal” the state from Trump.

In a call with reporters Thursday morning, campaign manager Bill Stepien called the ruling from Fizzanno Cannon a “major victory” and said it would also allow the campaign to review counting that has already occurred.

The president had a 400,000-ballot lead in the commonwealth on Wednesday, but that has shrunk as more mail-in ballots are tabulated and he now has an edge of 135,000 votes.

“The media and the insiders in the city, they’ve been trying to count Donald Trump out for years,” Stepien told reporters on a call. “Donald Trump is alive and well.”

“We will win Pennsylvania. I have as much confidence today as I had yesterday. We also won a major victory in Pennsylvania this morning that helps ensure the transparency and openness that Pennsylvania deserves is held true,” he went on.

Philadelphia city officials immediately appealed the decision with the Pennsylvania Supreme Court and poll counting was briefly paused on Thursday afternoon in light of the ongoing litigation, according to the Philadelphia Inquirer.

Both campaigns are prematurely declaring victory in the state before an official count.

The Trump campaign has filed a flurry of legal challenges in states where votes are being counted while Trump, who has not been seen in public since the early hours of Wednesday morning, has continued rage-tweeting and calling for all vote counting to stop.