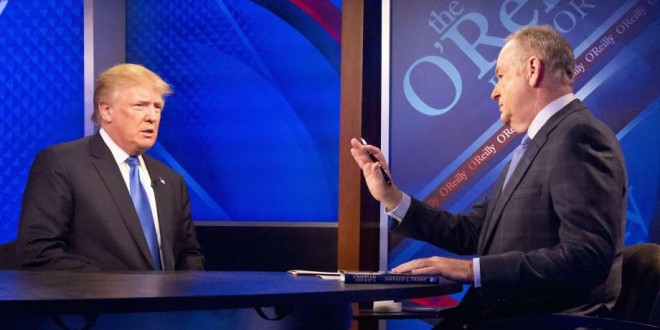 Trump calls California ‘out of control’ in interview before Super Bowl

President Donald Trump spoke about his dissatisfaction with California’s recent move toward becoming a sanctuary state in an interview with Bill O’Reilly that aired on FOX before the Super Bowl on Sunday.

California state senators advanced bills Tuesday that would create a statewide sanctuary for people who are in the country illegally. Proposed legislation would also provide undocumented immigrants facing deportation with money to pay for lawyers.

When asked about how California’s new laws might clash with President Trump’s national agenda, the president reiterated his opposition to sanctuary cities and threatened the federal government might withhold funding from California if it adopted statewide sanctuary policies.

“As you know, I’m very much opposed to sanctuary cities. They breed crime, there’s a lot of problems. If we have to, we’ll defund,” Trump told O’Reilly in the televised interview.

He went on to say, “California is in many ways out of control.”

O’Reilly followed up on the issue, asking, “So defunding is your weapon of choice?”

President Trump’s statements on California aren’t the only parts of the game-day interview making headlines.

O’Reilly pushed him on this, saying, “But he’s a killer, though. Putin’s a killer.”

Several GOP senators rejected that characterization of the United States on Sunday. Senate Majority Leader Mitch McConnell, R-Ky. told CNN, “I don’t think there’s any equivalency between the way that the Russians conduct themselves and the way the United States does.”

Sen. Marco Rubio, R-Fla. and Sen. Ben Sasse, R-Neb. also spoke out about their disagreement with the president.

You can watch Bill O’Reilly’s entire interview with President Trump in the video above.

Previous Red carpet fashion & winners from NFL Honors 2017
Next David Beckham reveals regrets over four-letter rant: ‘Yes I sent emails but in the heat of the moment’