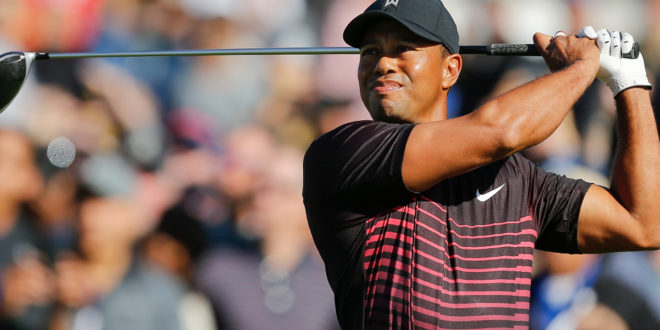 SAN DIEGO, CA - JANUARY 25: Tiger Woods plays his shot from the first tee during the first round of the Farmers Insurance Open at Torrey Pines South on January 25, 2018 in San Diego, California. (Photo by Michael Reaves/Getty Images)

Tiger Woods fired an even-par 70 in the opening round of the Honda Classic, putting him in early contention at PGA National.

At a difficult course on a windy day in Palm Beach Gardens, Fla., Woods avoided trouble most of the round. He made a double bogey but just one bogey, and carded three birdies in his round of 70. Coming off a missed cut at the Genesis Open that included a demoralizing slide late, this is just the calm round Woods was looking for.

The 42-year-old was three off the lead and tied for 24th when he reached the clubhouse.

The day actually could’ve been better, too. Woods got off to a strong start, rolling in a 20-footer for birdie at the 11th (his second) to move to 1 under. When he stuffed a wedge to 5 feet and birdied the 13th, he was tied for the lead at 2 under.

A bogey at the 16th relegated him to a 1-under 34 going out, but he was still cruising just fine until the par-5 third.

His third shot there found a greenside bunker left. Short-sided, Woods blasted out short into the rough and belied from there inside 4 feet. But he missed the remainder for bogey, and actually had to bury a comebacker outside 5 feet for double bogey. He did just that, but the double on a par 5 moved him from 1 under to 1 over and threatened to sink his round.

But Woods came right back. He stuffed another wedge at the fourth and drained a 6-footer for birdie to move back to even par. He then parred his final five holes to shoot 70.

For Woods, there was certainly plenty of promise on this day. After a rough time putting at Riviera, his flatstick was certainly back on track at PGA National. His work around the greens continues to look exemplary, too.

His approach play is still a work in progress, as Woods had some misses and left himself in some bad spots after a couple of them, but overall, he looks improved there.

His driving looks better with his 3-wood and 2-iron, but his driver is still a major issue. Almost every time Woods turned to the big stick, he came away with a big miss.

But through 18 holes, Woods is in a good place. Now, he heads into Friday looking to build on it. 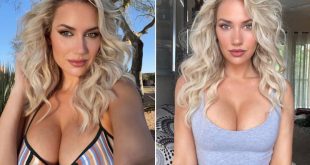 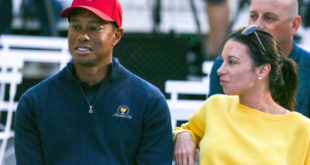 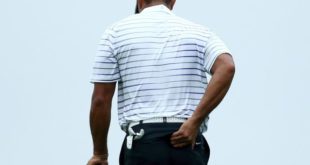