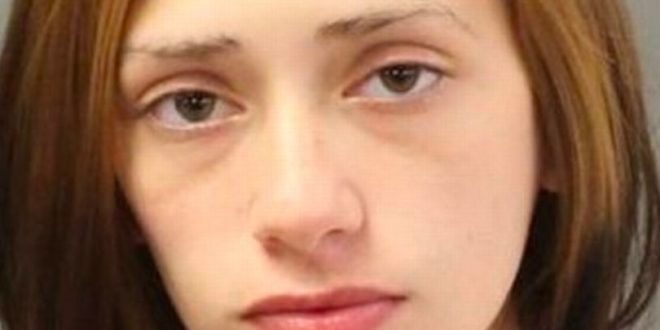 Antonia Lopez, 16, has admitted to causing the death of the baby girl, who weighed 2lbs, after she “panicked” and threw her out of the second-storey window

A teenage mother who secretly gave birth to a baby and then threw the premature newborn out of a window sent text messages to her boyfriend and wrote a chilling Facebook post.

The baby, weighing 2lbs, died in the fall from a second-storey flat and her 16-year-old mother, Antonia Lopez, has now admitted to causing the child’s death.

She sent text messages and a Snapchat photo to her boyfriend, telling him she was having painful contractions and then announcing that she had given birth to a girl.

But the girl “panicked” and threw the baby out of a bedroom window before telling her mum about what she had done.

Lopez, from Omaha in the US state of Nebraska, went into labour and gave birth at home in the early morning hours of September 30 last year.

While she was in a labour she sent several text messages and a Snapchat photo to her boyfriend, the Omaha World-Herald reports.

One message sent just before 1am read: “Baby I’m having contractions in my lower abs every couple seconds. It hurts so much.”

Five minutes later she told him she was in “so much pain” and then a minute later said she wanted it to “stop”.

Lopez, who had been pregnant for about seven months, later asked for help to hide the baby, which was about 14in long.

She wrote on Facebook: “Who can do me a huge favor and has a car?”

Her distraught mother found the baby and called 911 shortly after 4am to report the incident. The baby was pronounced dead upon arrival at hospital.

Lopez claimed in a police interview that she didn’t know she was pregnant – a claim disputed by her boyfriend – and she thought she was having her period.

The teen told detectives she saw a sac emerge from her vagina and pierced it with a nail clipper, and then saw the baby’s feet, the Omaha World-Herald reports.

Her boyfriend told police that he had urged her to tell her mother about the pregnancy and visit a doctor, but she refused.

Lopez, who was charged with felony child abuse, entered a plea of admission after her case was moved to juvenile court.

She was charged as an adult and would have faced 20 years to life in prison if she had been convicted in district court.

Douglas County Attorney Don Kleine called it a “horrible” and “heartbreaking” case, adding: “To me, after we looked into it, the way things happened, it didn’t seem to be anything you would label as an adult-specific act.

“It wasn’t a planned-out, thought-out process. It was more of a panicked reaction.”

Lopez is due to be sentenced on March 24. She will get probation or be sent to a group home or a juvenile detention centre.

Previous Inside the world’s sex capital: City dubbed ‘modern day Sodom and Gomorrah’ with highest number of prostitutes anywhere
Next Adults in the dark about safe sex as four in ten admit they could not spot signs of STDs