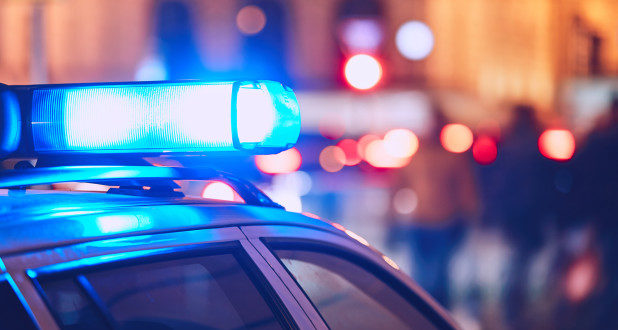 Three children were wounded in a police shooting Friday in Oklahoma when an officer fired at a man in a truck who was suspected of robbing a restaurant earlier in the month, according to state investigators.

Brook Arbeitman, a spokeswoman for the Oklahoma State Bureau of Investigation, said gunfire broke out when detectives with the Hugo Police Department in southeastern Oklahoma were trying to approach the suspect, 21-year-old William Devaughn Smith. She said Smith is suspected in an April 11 armed robbery at a Pizza Hut in Hugo, which is near the Texas state line.

The three injured children and a fourth child were all in the truck with Smith, Arbeitman said. The bureau initially said two children were shot but later learned a third child was also struck. Officials did not immediately release the names, ages or conditions of the children.

Smith was treated and released at a hospital in Paris, Texas, about 30 miles south of Hugo.

Paris Police Chief Bob Hundle said he did not know the details of what happened in Hugo but that his officers took Smith into custody so that he could be booked at the Lamar County, Texas, jail on a warrant for aggravated robbery.

What prompted the shooting is unclear, Arbeitman said. She said investigators weren’t sure if Smith fired at police. It wasn’t immediately clear if he was armed.

A post on the Hugo police Facebook page says that on the day of the Pizza Hut robbery, a man entered the back entrance of the restaurant, pressed an object to the back of an employee and demanded money. Police said the worker handed over money and that the robber then left.

Calls to Hugo police were not answered Friday evening. An employee at the city’s dispatch center, who declined to give her name, said all questions should be directed to state investigators.