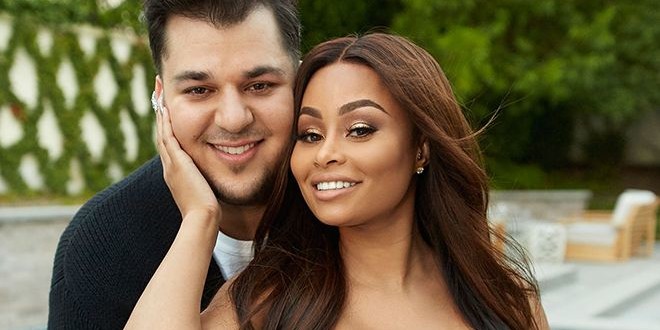 ‘This Is Killing Me’: Rob Kardashian Shows His Empty Home in Emotional Plea After Blac Chyna Hack

Rob Kardashian shared shots of his empty home on Saturday after a bizarre and dramatic afternoon sparring on social media with Blac Chyna.

On Saturday, Chyna’s Instagram account was hacked, with the anonymous hacker claiming she had left Kardashian and they were going to “expose” the reality star and how she was using Kardashian while allegedly cheating on him with other men. The hacker then began to share DM messages and text conversations allegedly between Chyna and her lawyer, Jaden Smith and rapper Young Thug — although they didn’t appear to show any signs of infidelity on Chyna’s part.

Chyna later confirmed that the conversations were true, and even implied that Kardashian was involved in her “hack.”

After sharing screenshots of the conversations, the hacker pointed followers to go to Kardashian’s Snapchat, where he began sharing videos of himself walking through the empty home he used to share with Chyna.

After his Snapchat session, where Kardashian appeared distressed and mumbled about being upset, he uploaded the video to Instagram where he said he thought this year was going to be the best year of his life.

“I thought this was going to be the best year of my life ,,, had a beautiful baby Dream and haven’t spent Christmas with family in years and I just can’t believe she really hurt me this way,” he wrote. “She knows how to hurt me and I loved her so hard like I’m supposed to. Like any man is supposed to love their Wife. Chyna knew exactly what she was doing to get me. I can’t believe she did this to me.

“And this isn’t for some ratings this is my real life so please understand I’m just being open right now,” Kardashian continued. “Cuz if it was for ratings I wouldn’t explain all this here. And with Chyna’s messages and her leaving with everything and the baby I am broken. I go 1000 percent for my girl. I am so confused how a man who gives and loves everything about a woman is the one left alone. I’m sorry for being so open once again ,,, this is killing me.”

Chyna responded to Kardashian’s Snapchats with an Instagram post of her own, which has since been deleted.

“I’M DONE,” she wrote. “This entire year I have done nothing but help Rob! It’s so SAD & PATHETIC how low he’d stoop to cover up HIS PERSONAL ISSUES! I have done nothing but help & loved him from the beginning! It’s Chy here I got my own!!! I was doing swell before I got with him! I got him out of khloe’s house, helped him lose all that f—ing weight for him to do nothing & gain it all back! Rob asked for all of this! Rob begged me to have Dream! He stressed me out my ENTIRE PREGNANCY!!! Accusing me of cheating, going crazy on me with massive text blast daily! being an absolute lunatic & then cover it up with gifts!

“I was verbally abused every other day,” she continued. “I was still there with nothing but high hopes for us! I had to beg him to cut his hair, To take his braces of, and To get more into his businesses! I shouldn’t have to tell any grown ass man s—! Not to mention Just brought him a brand new 2016 Range Rover! I PUT MY PRIDE ASIDE & I GAVE UP MY HOUSE TO MOVE INTO KYLIE’S HOUSE WITH HIM TO BE WITH A MAN!! We weren’t together in that house 2 whole weeks before he starting calling me all types of bitches & hoes! AND I NEVER NOT ONCE CHEATED ON ROB! EVER! I gave him the passcode to my phone I have nothing to hide.He refuses to do anything! Eat healthy, work out, work, anything positive, he does nothing! Those Messages OLD AF! He only did this because when he went through my phone he couldn’t find anything to be mad about! He’s on snapchat acting hurt but he’s yet to come see Dream yet! He knows where we are! Honestly it’s only so much a person can take. Everyone has tried to help Rob. I’ve gone beyond to help & so has his family!”

She continued: “I have no longer have time to feed into Robert’s shenanigans I have 2 children & myself to fend for. What hurts the most is watching him do this to me knowing my last situation and promising to never put me through it. Especially after our child is only 1 month.”

The pair’s apparent breakup comes just as their E! reality show, Rob & Chyna, was picked up for a second season and one day before their baby special was set to air.

No, thanks.
Previous Blac Chyna’s Instagram HACKED; Alleged DMs with Young Thug & Shady Convos with Her Attorney Exposed [Photos]
Next Chris Pratt and Anna Faris Can’t Stop with the Heart Eyes on the Red Carpet