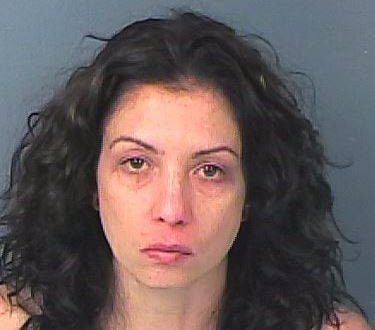 A tatted-up teacher in Florida slept with one of her students nearly a half-dozen times — boozing up and smoking pot with him to set the mood, cops said.

Valerie Michelle Valvo, 34, was arrested Wednesday in Hernando County and charged with unlawful sexual activity with a minor and contributing to the delinquency of a minor after she admitted to having sex with the 17-year-old inside her home, according to police. 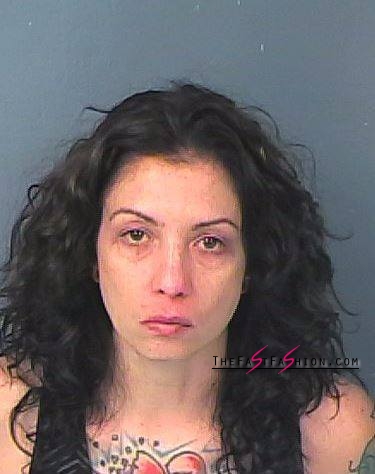 Both she and the teen, who was not identified, claimed that the romps were consensual.

The Hernando County Sheriff’s Office told WFLA they began investigating Valvo after receiving a tip about a high school teacher sleeping with a male student.

When deputies interviewed the boy, he admitted to having sex with her at her home in Spring Hill on at least three occasions, WFLA reports.

Valvo later agreed to talk to police — saying they actually had intercourse at least five or six times.

“He’s not old enough to consent to a relationship like that,” said Denise Moloney, of the Hernando County Sheriff’s Office.

Both Valvo and the teen confessed to smoking marijuana together and drinking alcohol while inside her home, cops said.

According to a spokesperson for the local school system, the art teacher has been employed for the past three years. She has since been suspended — with pay — pending the outcome of the investigation.

Valvo’s mugshot, which was posted to Facebook by police, shows her sporting a colorful chest tattoo, as well as some ink on her left arm.

RELATED:  Video: The jilted husband allegedly battered his love rival after catching him in bed with his wife

“The sad part is that this Woman [sic] is well liked by many students,” wrote one user.

“I have to wonder what goes through the mind of an individual like this,” another said. “There have been so many cases such as this all over the country. Each time the teacher is caught and loses their job, their family, their dignity, and their freedom. Why does each one that comes after the countless before them makes them think they will end up any different?”

Valvo is one of several educators to be busted in the past few months for sleeping with their students.

Most recently, a high school teacher was caught engaging in “sexual contact” with a 17-year-old male student in Texas. Her mugshot wound up going viral after she chose to smile from ear-to-ear for the photo.

Previous Green Colored Contacts With Lower Price
Next Cash Me Ousside girl Danielle Bregoli, 13, ‘will be a MILLIONAIRE by the end of the year thanks to £30k public appearances and merchandise sales’