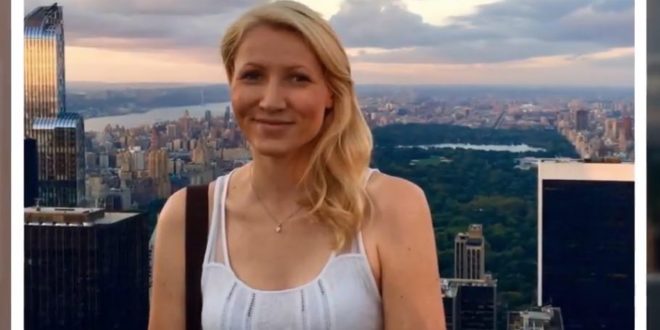 Ellie Wilson, a 26-year-old teacher, is accused of having sex with a student in an airplane bathroom before informing him that she was pregnant. According to Metro.uk, “she told him she was pregnant and would have an abortion, which was ‘hard for him to comprehend.’”

From the report:
The pair then went on dates to Nando’s and a country park. and he bought her chocolate and flowers in the belief they were in a proper relationship, the court heard. But the jury heard this was exposed when a jealous friend of the victim tried to blackmail her into having sex with him.

Wilson has since denied four charges of sexual activity with a child by a person in a position of trust. The allegations stem from incidents between August and September 2015. According to the allegations, the student and Wilson were heading back from a school trip to Africa when the incident occurred. The student claims that both he and Ms Wilson were drunk after drinking complimentary alcohol on the plane.

From there, Wilson allegedly began kissing the student before she took him to the airplane toilet where the sexual encounter took place.

“The single incident on the plane where he had ejaculated inside her she told him had led to her making him pregnant,” prosecutor Virginia Cornwall said. “She told him because she was scared and she didn’t know what to do. She intended to have an abortion. She kept this entirely from her partner. This was difficult for pupil to digest, to understand.”

She continued: “These are offences alleging a breach of a position of trust. We assume, expect and want our teachers, our social workers and those that look after children and educate them to behave in a way that is not predatory that is not sexual. ‘It was the circumstances in which the two interacted on the school trip that led to an erosion of boundaries and it was her responsibility as the adult to ensure there was no erosion of boundaries.”