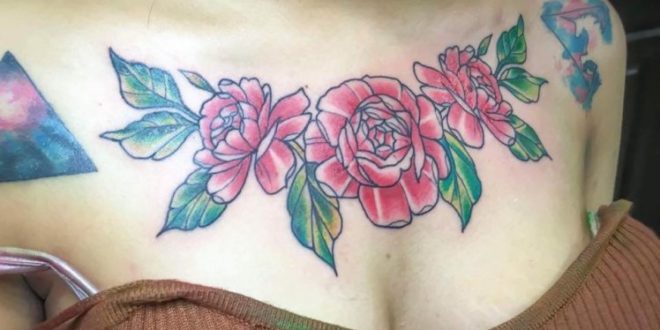 Pasuda Reaw, 21, had a large red rose tattooed across the chest last year, but regretted it so wanted to have it removed so that she would look more professional at work.

She tried Rejuvi – a chemical method applied to the skin – in February but within days the area had become itchy and painful.

The laser-free alternative applied with a small tattoo gun claims to raise ink pigments to the surface of the skin and create a scab that can be peeled off.

But two months later, Pasuda said she has suffered ‘torturous pain’ and been left with an unsightly scar across her chest.

RELATED:  Advantages of getting a tattoo 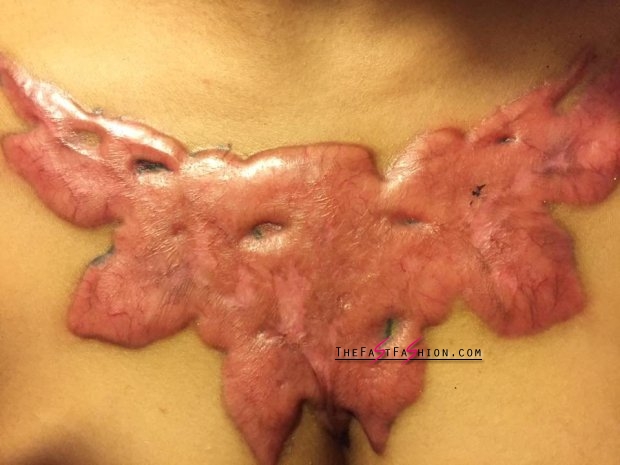 The art student from Udon Thani, northern Thailand, said she did not like the tattoo anymore and wanted it removed for when she was working.

She said: ‘At first Rejuvi seemed like a good way to remove the tattoo. I did not want to use lasers.

‘I began the treatment and immediately it was itchy and hurting a lot. The skin has taken a long time to come off. It was like torture and I could not sleep.

‘What is left if worse than before. I do not recommend this treatment because it hurts so bad and takes a long time.

‘Laser is a lot of money but I wish I had done that. At times the pain of the itching and the scar were unbearable. 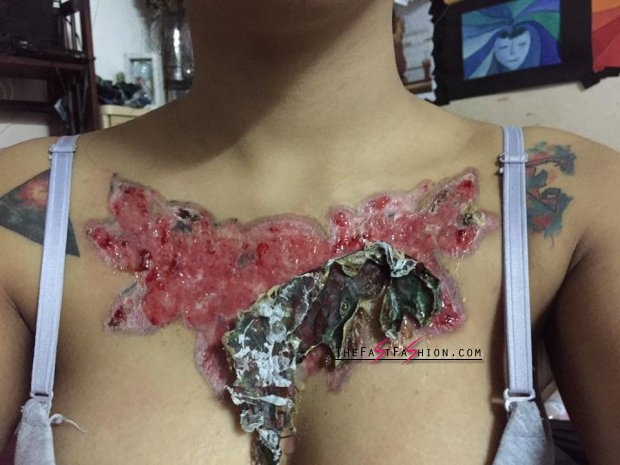 Her skin started peeling away soon after having the tattoo removed (Picture: Viral Press)

‘I shared pictures as a warning to others to be so careful about what they do.’

Pasuda said that after returning home from the clinic on February 4 she ‘could not sleep’ because of a stinging sensation.

She cried all night and ten days later the area had started to fill with puss and the skin was peeling.

On March 2 she pulled off the tattoo, leaving wounds on the skin. By May 7, there was still a large pink raised scar.

Pasuda’s tattoo has now been removed but she has a large mass of pink scar tissue on her chest. 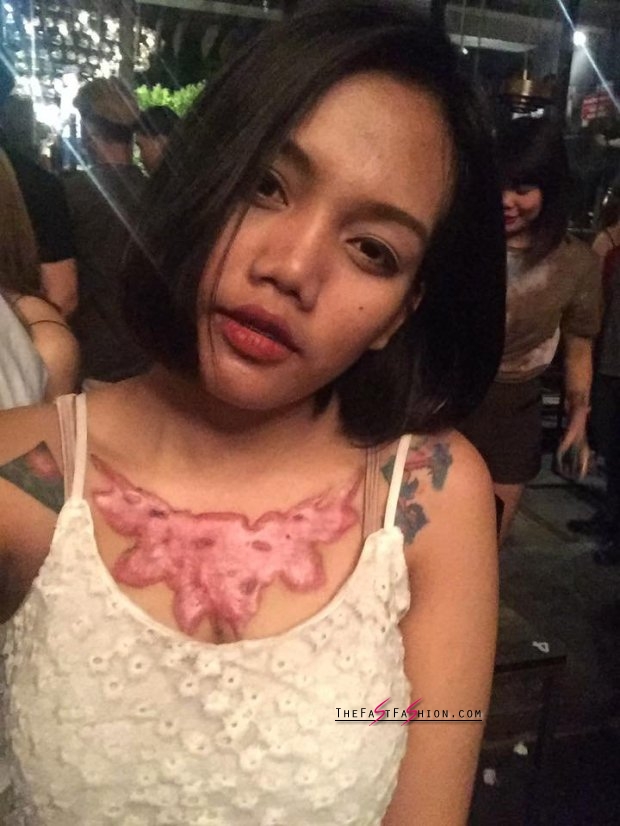 Rejuvi Labs was founded in 1988 by Dr. Wade Cheng, a biochemist in the San Francisco Bay area.

They state that a tattoo may be completely removed in just three or four sessions ‘using a high specification digital permanent make-up machine’.