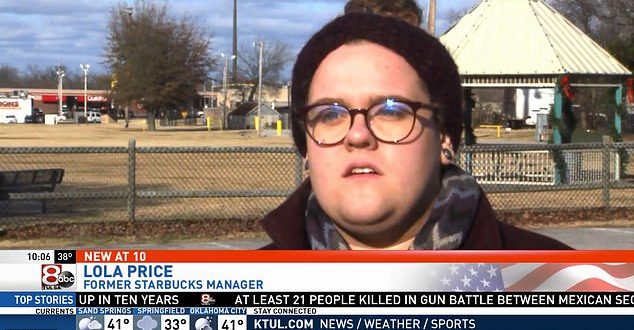 A manager of the Oklahoma Starbucks where a cop received an order labeled “Pig” says she was wrongfully fired because the coffee chain was “looking for someone to take the blame,” according to a report.

Lola Price, who worked at the Glenpool location, said she wasn’t the one who wrote the insult on five coffees ordered by a local officer on Thanksgiving, news station KTUL reported.

“I was terminated from my position because, Starbucks was looking for someone to take the blame for this and to save some face from their company,” she told the outlet. 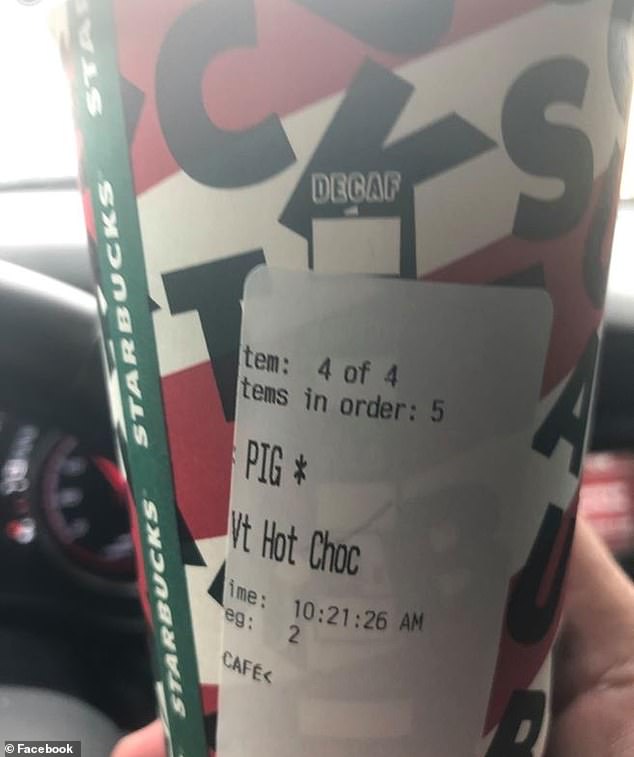 Starbucks said it had fired a barista who printed ‘Pig’ on the cup labels of several Kiefer police officers working on Thanksgiving Day at the company’s Glenpool, Oklahoma location

Price said that she tried to make the situation right with the officer before he left the store.

“He laughed it off, said it was cool,” Price said. “I handed him his blueberry muffin and I went back off the floor to continue doing my shift manager duties.”

But later, another officer, Kiefer Chief of Police Johnny O’Mara, wrote on Facebook about his colleague’s coffee run.

“What irks me is the absolute and total disrespect for a police officer who, instead of being home with family and enjoying a meal and a football game, is patrolling his little town,” O’Mara said in the post.

His post went viral and prompted Starbucks to fire the employee who printed the labels — and also drew a response from a woman claiming to be O’Mara’s daughter, who said he “absolutely” is a pig.

“The Starbucks partner who wrote this offensive word on a cup used poor judgement and is no longer a partner after this violation of company policy,” the company said in a statement.

The statement, however, doesn’t make any mention of Price’s termination.

She said she received a call Thursday evening from her supervisors informing her that she was being fired.

RELATED:  Exactly What to Order at Starbucks If You Want the Most Caffeine

“They, to make it seem like they were right on top of everything, which they are … they terminated me from my position with no cause,” Price told KTUL.

The coffee chain didn’t respond to a request for comment, the report said. 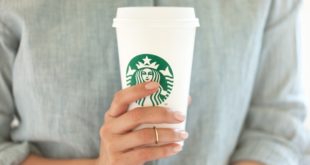