The Sperminator strikes again — this time donating his seed to an 18-year-old who lives in an East Harlem shelter. Her daughter, due July 12, will make it number 50 for the serial sperm donor.

Ari Nagel, the 43-year-old CUNY math professor who donates his sperm to women across the globefor free, has racked up serious spawn this past year: 15 babies since last Father’s Day, bringing the grand total to 48. One woman is due to give birth in early July, followed by Kaienja Garrick, who lives in the East River Family Center, a family shelter with a shared bathroom and kitchen.

“I think it’s a nice shelter. It’s probably nicer than my apartment,” Nagel told The Post, adding that he didn’t know how old Garrick was when she reached out to him last August. “I never asked her age — I try to help whoever asks,” he said. “I think Kai is more mature than I was at her age after everything she has been through.”

Garrick has been on her own for about two years after leaving her mother’s Jamaica, Queens, home because “we fought a lot.” Without other family nearby (her father lives in Georgia), Garrick, who is unemployed, ­entered the shelter system.

Last August, a month after her 18th birthday, she decided to try to get pregnant.

“I knew if I could raise my little sister, I can raise my own baby,” she said of her 7-year-old sibling. “I’ve been taking care of her since she was born.”

Kaienja and her girlfriend of three years, Dee Slobert, ruled out going to a clinic, chalking it up to hassle and expense. (Slobert, 21, lives in a different Manhattan shelter with her mother and brother.)

That’s when Garrick did an online search for “free sperm donation” and found Nagel.

“I didn’t know what a ‘Sperminator’ is,” she said. But after a few Facebook exchanges, Garrick knew he was the one.

RELATED:  Can you opt out of Mother’s Day and Father’s Day?

They met up in Manhattan Beach last fall, where Nagel donated into a cup on the spot. Two weeks later, Garrick knew she was going to be a mom. 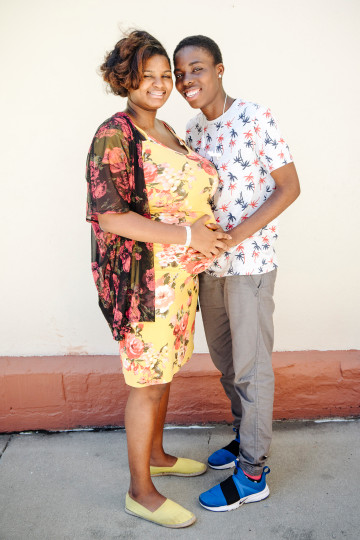 Last month, several members of Nagel’s “mom squad” — women who have given birth thanks to him — showed up at Garrick’s baby shower with diapers, clothes and cash.

“They were great and I’m so grateful,” said Garrick, adding that Nagel, who also attended, brought a Google Home electronic device for reading to the baby.

(Garrick didn’t get to meet all the women, however: She was hours late to the party, as she was getting her hair done, and some of the guests left before she arrived. Nagel cracked to Garrick’s father: “She’s only 18, you have to give her a break.”)

Garrick admitted it’s a bit much to process the multitudes of half-siblings her child will have.

“[Nagel] has so many kids, you don’t know who the siblings could be,” she said.

When her daughter eventually starts dating, she plans to inquire about the person’s family background — to make sure they’re not a relative.

She and Slobert have a name picked out for their daughter: Kaidee, a hybrid of their names.

Garrick hopes to soon score an apartment voucher through her caseworker for her, Kaidee and Slobert, who has plans to finish high school and one day work in engineering. (Slobert is currently unemployed and not enrolled in any school programs.)

Garrick said she will receive her own high-school diploma later this month through the Department of Education’s Pathways to Graduation program.

Nagel is confident Garrick will be a good mom. “My 18 was different than hers — people mature at different ages, but better too young than too old,” he said, noting that infertility increases with age.

RELATED:  Can you opt out of Mother’s Day and Father’s Day?

And Garrick brushes off skeptics, including her own mother, who don’t approve of her having a baby. “It’s not their decision — it’s mine,” she said.

She added that, unlike the five moms who have sued Nagel, Garrick has no plans to ask him for child support.

“I think it’s sad — it’s not like he charges us [for his sperm],” she said. “If it wasn’t for him, I wouldn’t be blessed to have a child. It’s hard to find people like that. Nothing’s free in this world.”

Meanwhile, the Sperminator continues spreading the love. Last week, he made sperm donations in Latvia and Thailand — where, according to Nagel, a 39-year-old Buddhist virgin paid for him to visit.

Taking stock of his offspring, he said: “It would be crazy if I was raising them on my own, but there are over 50 amazing, loving moms that are doing a great job raising the children.

“Although I struggle financially, I feel rich with joy and love and am so blessed to be a part of so many wonderful families.” 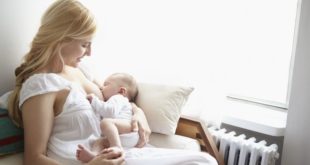 Can you opt out of Mother’s Day and Father’s Day?