Breaking News
Home / News / Slain student’s ex should have been in jail: advocate 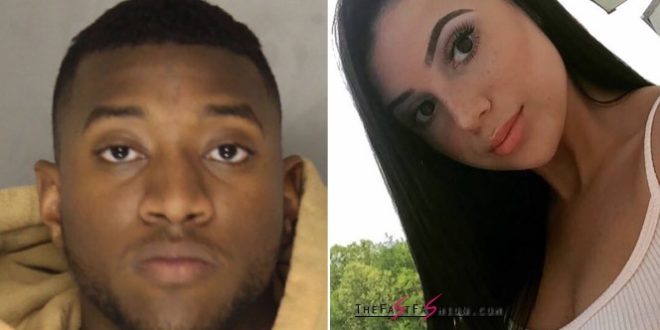 Slain student’s ex should have been in jail: advocate

The brutal murder of a University of Pittsburgh student “could have been prevented” with better communication between counties and changes to the state’s bail system, according to a victim advocate in Pennsylvania.

Her suggestions were made in connection to allegations against Matthew Darby, 21, who was arrested in South Carolina early Wednesday after his 20-year-old ex-girlfriend, Alina Sheykhet, was found dead in her off-campus apartment on Sunday by her father after she didn’t answer her phone. Paramedics at the scene said she died from blunt force trauma, police said.

“I think that this a horrific tragedy that could have been prevented,” Storm told the Pittsburgh Post-Gazette. “If that knowledge doesn’t catapult people to be willing to make systematic changes in their counties, I don’t know what will.”

In February, Darby was charged with raping an ex-girlfriend in Indiana County. Several months later, he was charged with felony criminal trespass for allegedly breaking into Sheykhet’s apartment on Sept. 26. In both cases, he was released on $10,000 bond, and according to the newspaper, there’s no indication that officials in either county noticed the similar charges or communicated with each other.

Officials in Indiana County have indicated that an electronic notification system alerted them to the new trespassing charge, but details have not been provided. Officials ultimately decided not to consider pretrial detention until after a preliminary hearing in the new case, which has not yet happened, the Post-Gazette reports.

“I don’t know about you, but [a trespassing charge is] going to prompt me to investigate further,” Storm told the newspaper. “If they’d inquired, they would have found that he was at the bedroom door of a young female. That should send anyone’s skin crawling.”

Sheykhet, who police suspect was murdered by Darby using a claw hammer and two knives, had recently filed for and received a protection-from-abuse order against Darby, telling authorities that he climbed up a gutter to break into her apartment via a second-floor window.

“He did this because I left him and stopped answering his phone calls,” Sheykhet wrote, describing Darby as abusive, jealous and controlling.

Officials in Allegheny County’s Court Administrative Office and Pretrial Services, meanwhile, have not answered questions about their handling of the trespassing charge, according to the Post-Gazette.

“He has trespassed and come to the door of another female,” Storm told the newspaper. “He should have been incarcerated.”