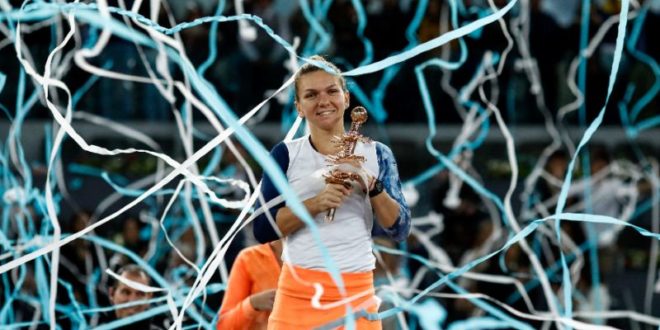 Simona Halep thanked under-fire Fed Cup coach Ilie Nastase after defending her Madrid Open title by edging out Kristina Mladenovic in a thrilling near three-hour final 7-5, 6-7 (5/7), 6-2. The Romanian, who will rise to fourth in the world rankings, was congratulated on court by Nastase as she received the trophy.

Nastase has been banned from the French Open and Wimbledon after he was ejected from Romania’s Fed Cup clash with Great Britain last month for a series of foul-mouthed rants directed at British captain Anne Keothavong and number one player Johanna Konta. However, Nastase was presenting the Madrid trophy named after his former Davis Cup partner and Madrid Open owner Ion Tiriac. “Ille thank you for coming, you are supporting me all match,” said Halep.