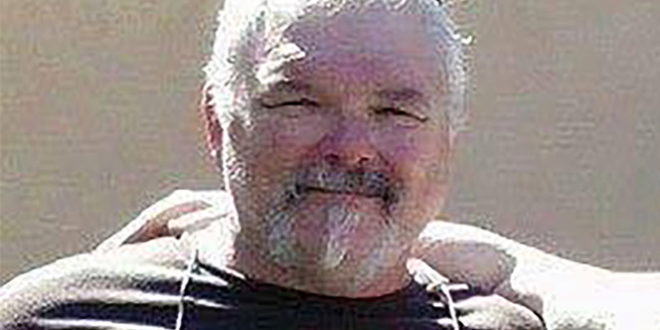 The man hailed as a hero for confronting the Texas mass shooter during his rampage is a sharpshooting plumber with no military background — who hit the gunman through a gap in his body armor, according to a report.

Stephen Willeford managed to shoot Devin Kelley before jumping in another man’s truck and chasing him down, the Daily Mail reported.

Kelley blew himself away after wiping out in his SUV, according to Wilson County Sheriff Joe Tackitt.

Texas Department of Public Safety chief Freeman Martin said Willeford “grabbed his rifle and engaged the suspect” after Kelley left the First Baptist Church in Sutherland Springs, where he opened fire with an assault rifle and killed 26 people.

An area resident told the paper that Willeford, an avid biker who attends another church, learned about the shooting when his daughter called to say a man clad in body armor was shooting worshipers.

The local said that although Willeford has no military background, he didn’t hesitate when he came face to face with the suspect — and managed to squeeze off a round that struck the gunman, who had dropped his Ruger AR-15 variant.

Willeford jumped into a truck driven by another local, Johnnie Langendorff, who witnessed the confrontation, and the pair gave chase.

“I pulled up to the intersection where the shooting happened and I saw two men exchanging gunfire, the other being a citizen of the community,” he said.

“The shooter of the church had taken off, fled in his vehicle, and the other gentleman came and he said, ‘We need to pursue him,’ that he just shot up the church. So that’s what I did. I just acted.”

He said he didn’t know who the heroic citizen was at the time.

“He was just a member of the community, and whenever he came to my vehicle in distress with his weapon, he explained very quickly what happened and he got in the truck and I knew it was just time [to go],” he said, KSAT reported.

“So we were doing about 95 mph, going around traffic and everything,” he added.

“Eventually he came to kind of a slowdown and after that, we got within just a few feet of him and he got off the road … He just lost control and that’s whenever I put the vehicle in park … The other gentleman jumped out and had his rifle drawn on him and he didn’t move after that,” he said.

The local man said Kelley was already dead when they found him.

“He was bleeding pretty bad,” the resident told the news outlet of Kelley while he was driving. “He didn’t live much longer than that.”

“We are not sure if it was self-inflicted or if he was shot by a local resident,” the police official said.

Previous Clare Wainwright,Luckiest woman in the world wakes up to find $19M in bank account
Next Hope Hicks wears a tuxedo to Japan state dinner