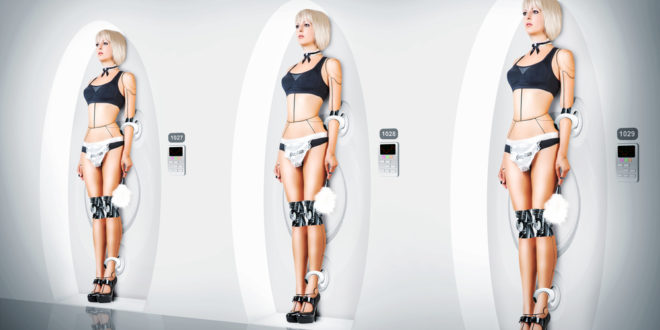 Pensioners could use robots for “sex therapy” as machines become increasingly life-like in the next 50 years.

The ultra-realistic robots are being touted as ways for the elderly and disabled to have sex as well as “sexual healing” for conditions such as anxiety and erectile dysfunction.

The Foundation for Responsible Robotics looked at the use of sex bots so they can give recommendations to policy makers about an industry not yet regulated by governments.

Its report found there are benefits to the devices but called for a ban on sex robots being marketed as potential “cure” for paedophiles and rapists – warning this could normalise such behaviours.

RELATED:  Japanese Story: My sex doll is so much better than my real wife

Professor Noel Sharkey, head judge of TV show Robot Wars and part of the team which carried out the research, said: “Of course the elderly in care homes do want to have sex but it’s kind of against their dignity, especially if they have severe Alzheimer’s.”

He added: “If somebody has social anxiety about having sex or has problems, they get a personal practice without it involving another human being.

“Usually you will have a prostitute surrogate so it might be good for healing from that perspective.

“It’s also been proposed for some people who have disabilities.”

Robots currently cost more than £10,000 for latest models which can be physically customised depending on the buyer’s preferences. Experts say we are half a century away from them being almost indistinguishable from humans.

The main use of sex robots is currently as an alternative to prostitution in parts of Asia, including South Korea and Japan, as well as Europe.

The team behind the study also looked at a company in Japan called Trottla, which is manufacturing child look-alike devices for paedophiles.

Prof Sharkey said: “Some would say it’s better they rape robots than real people but there are other people saying this would encourage rapists more.

“I would say it would encourage paedophilia and make it more acceptable to assault children and it’s not a good idea.”

The report said sex robots could have detachable parts which can be sterilised to prevent the spread of sexually transmitted diseases.

Four US companies are selling an assortment of the androids aimed at both men and women with names including Roxxxy Gold and Harry Harddrive.

Unlike the mannequin-style sex dolls from which they evolved, the sex bots can adopt different positions, simulate sexual movement and even display orgasms.

They have silicon skins fitted with sensors that respond to touch, and some have pre-programmed emotions and personalities.

In future sex robots could be populating brothels and providing entertainment at stag parties.

Surveys have found as many as two thirds of men were open to the idea of using a sex robot, while about two thirds of women were against it. 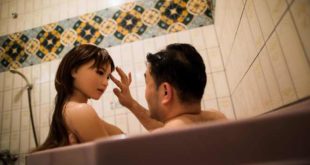 Japanese Story: My sex doll is so much better than my real wife