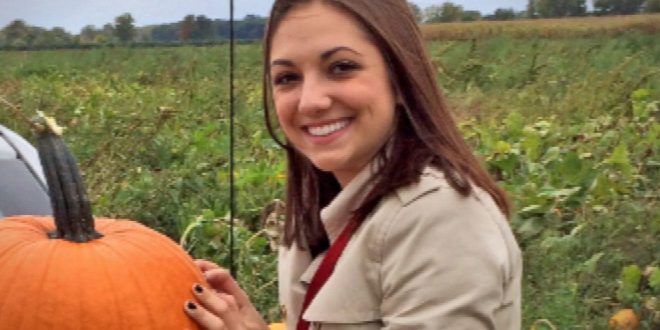 Authorities have arrested a convicted sex offender in the fatal shooting of Ohio State University student Reagan Tokes, whose body was found Thursday near a park after she vanished after work on Wednesday, PEOPLE confirms.

Brian L. Golsby, 29, who was released from prison in November after serving time for aggravated robbery and attempted rape, was arrested Saturday, according to court records obtained by PEOPLE.

Golsby, of Columbus, was charged with aggravated murder, rape, kidnapping and aggravated robbery in connection with Tokes’ death, according to a criminal complaint filed in Franklin County Municipal Court.

Golsby could face the death penalty, according to the filing.

Tokes usually had a co-worker walk her to her car after her shift as a part-time server at Bodega, a restaurant and bar in Short North, a trendy part of Columbus, Ohio.

But she left the restaurant alone last Wednesday night, and at about 9:45 p.m., police allege she was kidnapped, taken in her car to an ATM machine where she was forced to withdraw $60, and then taken to a park where she was shot and killed, authorities allege.

According to the complaint against him, Golsby allegedly admitted to kidnapping Tokes down the street from Bodega on Wednesday night.

Leaving in Tokes’ car, he forced her to withdraw $60 from a Chase bank ATM, the complaint alleges.

He then allegedly took her to the Scioto Grove Metro Park in Grove City, about 25 minutes south of Bodega, where he raped her and then fatally shot her, according to the complaint.

Passersby found her naked body near the entrance of the park early Thursday afternoon.

Franklin County Prosecutor Ron O’Brien said in court records that Golsby “has a lengthy juvenile record and an adult record that has resulted in two prison commitments that establishes he is a danger to the community and should be held without bond.”

A funeral service will be held for Tokes for 11 a.m. Wednesday at Maumee United Methodist Church.

A Go Fund Me page has been set up for a scholarship fund in memory of Tokes, who was set to graduate in May.

“This will give other hard working high school students a chance to attend the college of their dreams just like Reagan did,” the page states.

It adds, “Reagan would want us to remember her for all the laughter, joy, and love she brought to each and everyone of us. Heaven truly did again another angel today.”

Previous Kendall Jenner baffles fans as she ‘stands on a horse’ for bizarre photoshoot
Next Friends Forever! Amber Rose Sticks By Her BFF Blac Chyna Following Split From Val Chmerkovskiy 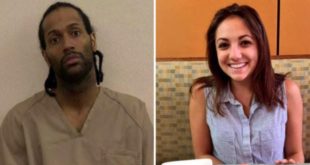