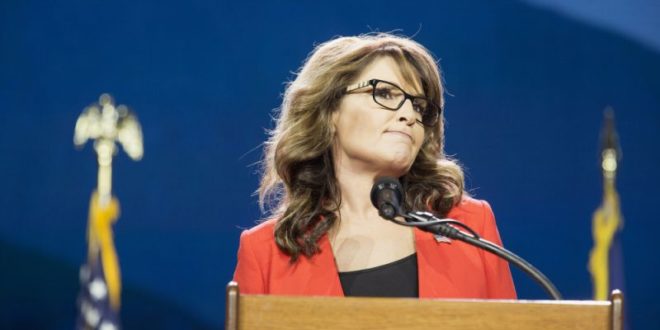 Former Alaska Gov. Sarah Palin (R) has sued The New York Times over an editorial she alleges defamed her by tying her to the 2011 shooting of Gabrielle Giffords, then a Democratic representative from Arizona.

Palin filed the complaint over an editorial the Times published this month following the shooting of House Majority Whip Steve Scalise (R-La.) at a baseball game in Virginia. Titled “America’s Lethal Politics,” the piece initially linked activity by Palin’s political action committee to another shooting in Arizona in 2011 that killed six people and injured Giffords and a dozen others. That link was never established, and the Times issued a correction and apologized on Twitter for the error.

Palin’s suit alleges the initial editorial defamed her “by publishing a statement it knew to be false: that Mrs. Palin was responsible for inciting a mass shooting at a political event.”

We published an editorial last night on the shooting at the G.O.P. men’s baseball team practice field in Alexandria.

We published an editorial last night on the shooting at the G.O.P. men’s baseball team practice field in Alexandria.

Following the editorial’s publication, Palin blasted the Times’ actions as “sickening” and said the “media is doing exactly what I said … should not be done.” She had earlier said she was exploring legal options.

“Despite commenting as graciously as I could on media coverage of yesterday’s shooting, alas, today a perversely biased media’s knee-jerk blame game is attempting to destroy innocent people with lies and more fake news,” she wrote on Facebook after the Virginia shooting. “As I said yesterday, I’d hoped the media had collectively matured since the last attack on a Representative when media coverage spewed blatant lies about who was to blame. There’s been no improvement. The NYT has gotten worse.”

The Times on Tuesday told CNN’s Dylan Byers it had not reviewed the suit, but said it would “defend against any claim vigorously.”

.@NYTimes spox tells me they have not reviewed @SarahPalinUSA’s claim yet “but will defend against any claim vigorously.” Full story to come https://t.co/KxpuOU4z6Q

This article originally appeared on HuffPost.

Previous Brad Pitt NOT Dating Elle Macpherson
Next ‘Pretty Little Liars’: What’s Next for the Cast? 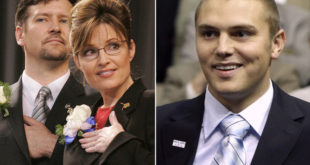 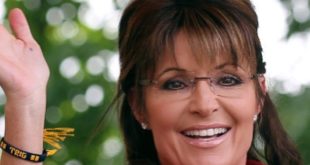