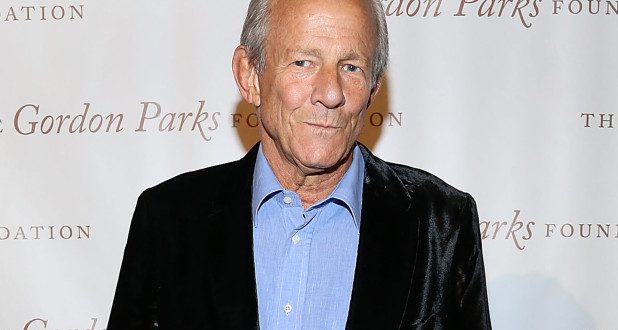 The body of famed photographer Peter Beard was found not far from his Long Island property Sunday, authorities and his family said.

The 82-year-old African wildlife shutterbug — a onetime fixture at Studio 54 and pal of Andy Warhol — suffered from dementia and had been missing from his cliffside Montauk compound since March 31.

A hunter in nearby Camp Hero State Park stumbled on clothing “consistent with” what Beard was wearing when he disappeared, the East Hampton Police Department said.

The remains were soon found in a “densely wooded area” of the park, police said. There was no appearance of foul play.

“We are all heartbroken by the confirmation of our beloved Peter’s death,” said a statement from Beard’s family, including wife Nejma and their daughter, Zara.

“Peter was an extraordinary man who led an exceptional life. He lived life to the fullest; he squeezed every drop out of every day.’’

The legendary photographer — whose creations have sold for more $500,000 a pop — had a history of wandering off from time to time, even earning the nickname “Walkabout” from friends.

“Peter has always been a wanderer,” a source close to him previously told Page Six.

Close pals had been holding out hope that he’d “just gone on another joyride with one of his friends” when he vanished.

Born into Manhattan high society in 1938, Beard fell in love with Africa as a boy after seeing Museum of Natural History dioramas depicting the continent.

In the mid-1960s, he purchased a rugged 45-acre property in Kenya known as Hog Ranch and spent decades there working.

Adventure was seductive to Beard, who swam with crocodiles, was charged at by rhinos and was once trampled by an elephant.

His first two marriages were to socialite Minnie Cushing in the 1960s and then supermodel Cheryl Tiegs in 1982.

He wed Nejma Khanum, the daughter of a high-court judge, in 1986.

His family thanked law enforcement for their efforts and friends for their support.

“Peter defined what it means to be open: open to new ideas, new encounters, new people, new ways of living and being.

“Always insatiably curious, he pursued his passions without restraints and perceived reality through a unique lens. Anyone who spent time in his company was swept up by his enthusiasm and his energy.”

The pioneering contemporary artist “was decades ahead of his time in his efforts to sound the alarm about environmental damage,” the statement said.

“His visual acuity and elemental understanding of the natural environment was fostered by his long stays in the bush and the “wild-deer-ness” he loved and defended.

He died where he lived: in nature.”