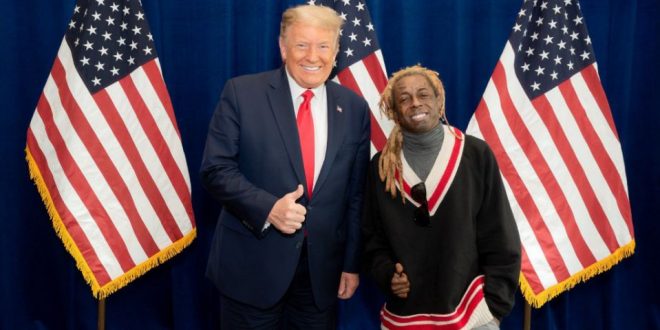 Rapper Lil Wayne gave Donald Trump a thumbs-up after meeting the president to discuss his plan for investing $500m in the African-American community during a second term.

The 38-year-old rapper, real name Dwayne Michael Carter Jr, posted a smiling photo of the pair on Twitter, saying they had a great meeting.

â€œBesides what heâ€™s done so far with criminal reform, the Platinum Plan is going to give the community real ownership,â€ he said in a tweet.

â€œHe listened to what we had to say today and assured he will and can get it done.â€

Lil Wayne is the second high-profile rapper to have discussed helping Black Americans directly with the Trump administration, with Ice Cube working with the White House to incorporate parts of his own â€œContract with Black Americaâ€ into the Platinum Plan.

The proposed â€œPlatinum Planâ€ includes the creation of 3 million jobs and investing $500m in Black communities over four years, according to the Trump campaign.

While neither rapper officially endorsed president, Ice Cube said he was contacted by both the Trump and Biden campaigns to discuss his Contract with Black America, which outlines banking, police and prison reform, and other reforms to earn â€œsupport of the Black voteâ€.

â€œBoth parties contacted me. Dems said weâ€™ll address the CWBA after the election. Trump campaign made some adjustments to their plan after talking to us about the CWBA,â€ he said in a tweet.

He later appeared on CNN and Fox News to say he was willing to work with anyone in power for the benefit of his community.

â€œThey listened, heard what I had to say … and pumped up their plan and presented it to the people on September, I believe, 24,â€ the rapper told Fox News.

Previous Scarlett Johansson and Colin Jost are now married. Here’s a timeline of their relationship.
Next Leanza Cornett, Former Miss America and Ex-Wife of Mark Steines, Dies at 49 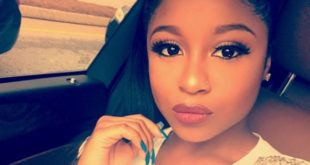