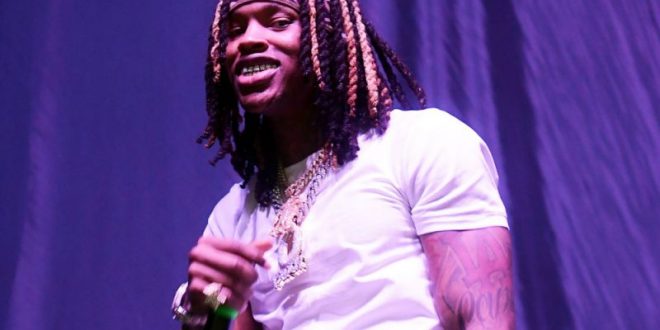 Rapper King Von and 2 Others Dead Following Atlanta Shooting: ‘I Can’t Believe It’

Three others are in the hospital and two men have been detained, according to the Atlanta Police Department

King Von, né Dayvon Daquan Bennett, has died. He was 26.

The rising rapper and two others died after being shot in front of an Atlanta nightclub on Friday, the Atlanta Police Department tells PEOPLE. Three others are in the hospital and two suspects have been detained.

“It is our understanding Dayvon Bennett, a.k.a. King Von, was shot and killed during this morning’s shooting,” the Atlanta Police Department tells PEOPLE in a statement. “Additionally, Mr. Bennett was not located at the scene, but arrived at a hospital shortly after the shooting, via private vehicle. The investigation into this incident remains open and very active.”

The two detainees are expected to face charges, according to APD.

King Von last shared on Instagram that he would be performing at Opium nightclub in Atlanta on Thursday.

Announcing his death on Twitter, DJ Akadamiks wrote: “It’s with great sadness that I have to confirm that King Von has passed away. I spoke with his manager who luckily has survived being shot and is currently recovering in the hospital. However, Von’s manager did confirm that Von was shot and did not make it.”

The Chicago native had a series of hits including his track “Crazy Story 2.0” featuring Lil Durk, which peaked at No. 4 on the Billboard Hot 100 Chart. He was signed to Lil Durk’s record label, Only the Family and EMPIRE.

“Wow. This year was so tough. RIP Von. God bless him and his family,” Chance the Rapper tweeted. “I can’t believe it.”

“King Von was one of the best storytellers to come along in hip hop in years,” tweeted writer Grant Rindner. “The music he was making was vital and urgent and I was so excited to see where his career was going. R.I.P. to a truly important young artist.”

In a tweet, YG wrote that he had recently been in contact with the late rapper writing, “DAMN. JUS TAP’D IN WIT YOU GANGSTA R I P KING VON.”

“This man had a family to go home to,” another began in a post sharing photos of King Von and his young children.

His 2018 single “Crazy Story” remains his most popular song to date. King Von was known for his unique storytelling abilities through song. His swift voice and clever lyricism quickly gained the attention of many rap fans.