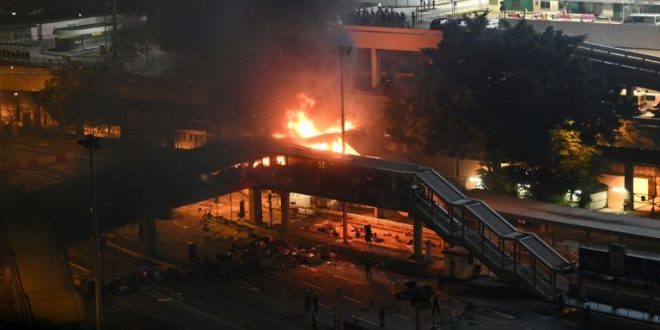 Pro-democracy demonstrators holed up in a Hong Kong university campus set the main entrance ablaze Monday to prevent surrounding police moving in, after officers warned they may use live rounds if confronted by deadly weapons.

The violence extended a dangerous new phase of the nearly six-month crisis, which over the weekend saw Chinese soldiers briefly leave their local barracks to clean up streets.

China has refused to budge on any of the protesters’ key demands, which include free elections for the city of 7.5 million people. 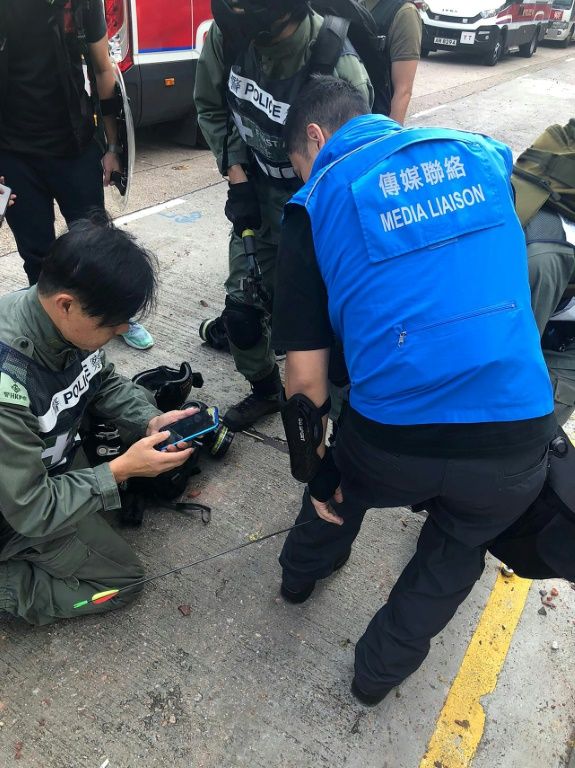 China has instead repeatedly warned it will not tolerate any dissent, and concerns are growing it could intervene directly to quell the unrest.

On Monday several loud blasts were heard around dawn before a wall of fire lit up an entrance to the Hong Kong Polytechnic University (PolyU), AFP reporters said, as what appeared to be a police attempt to enter the campus was repelled by protesters determined to hold their ground.

Police said they had fired three live rounds in the early hours of Monday at a protest site near the university but that no one appeared to have been hit. 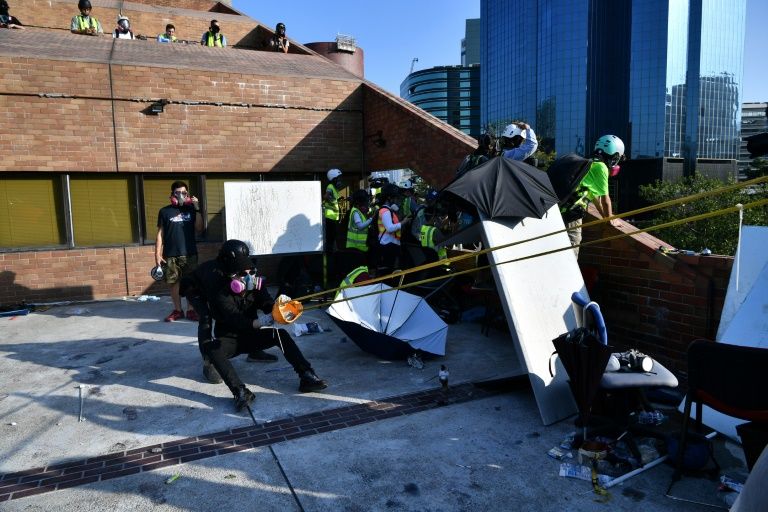 Intense clashes throughout Sunday, which saw a police officer hit in the leg by an arrow and protesters meet police tear gas with volleys of petrol bombs, rolled overnight across the Kowloon district, as a call went out to defend the besieged campus.

There, protesters had hunkered down under umbrellas from occasional fire from police water cannon and hurled Molotov cocktails at an armoured vehicle, leaving it ablaze on a flyover near the campus.

Police declared the campus a “riot” scene — rioting is punishable by up to 10 years in jail — and blocked exits as spokesman Louis Lau issued a stark warning in a Facebook live broadcast.

“I hereby warn rioters not to use petrol bombs, arrows, cars or any deadly weapons to attack police officers,” he said.

“If they continue such dangerous actions, we would have no choice but to use the minimum force necessary, including live rounds, to fire back.”

Hong Kong police routinely carry sidearms, but until now they have only used them in isolated incidents during running street clashes with protestors. Three people have been shot, none of them fatally.

Faced with large groups throwing bricks and Molotov cocktails, the police have mostly relied on tear gas, water cannon and rubber bullets as dispersal tools, but the new warning suggests a more active use of live rounds to counter the unrest. 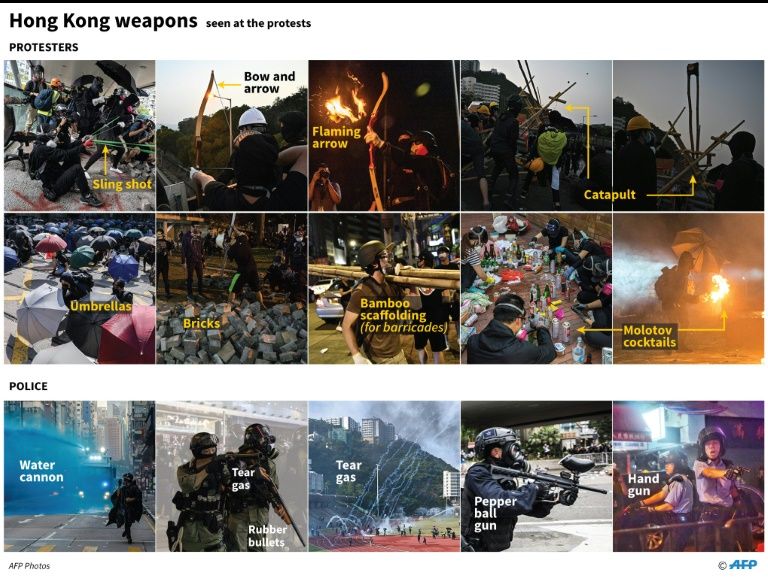 Fear gripped protesters still trapped inside the campus — whose occupation is a twist in tactics by a leaderless movement so far defined by its fluid, unpredictable nature.

“I feel scared. There’s no way out. All I can do is fight to the end,” one protester joining the barricade in front of the university building said.

Owen Li, a PolyU council member and student, said panic had taken hold of the few hundred protesters believed to be holed up.

“Many friends feel helpless… we appeal to all of society to come out and help us.”

AFP reporters said protesters who tried to leave were met with teargas and forced back into the campus.

Protesters’ messages circulating on Telegram called for reinforcements to fill the streets of Kowloon.

“We must rescue our brothers and sisters inside PolyU, they are waiting for us to save them,” on message read.

Throughout Sunday, activists parried attempts by police to break through into the campus, firing rocks using a homemade catapult from the university roof, while an AFP reporter saw a team of masked archers — several carrying sports bows — patrolling the site.

Violence has worsened this month, with two men killed in separate incidents linked to the protests.

Chinese President Xi Jinping last week issued his most strident comments on the crisis, saying it threatened the “one country, two systems” model under which Hong Kong has been ruled since the 1997 handover from Britain.

The protests started against a now-shelved bill to allow extraditions of criminal suspects to China.

The bill was withdrawn after months of protests, but by that time they had expanded to encompass wider demands such an inquiry into perceived police brutality and calls for fully free elections.

The financial hub has been pushed into a recession by the unrelenting turmoil.

A poster circulating on social media called for the “dawn action” to continue on Monday.

“Squeeze the economy to increase pressure,” it said.

No, thanks.
Previous Kylie Jenner heats things up in fiery cutout bathing suit
Next Hong Kong police storm into Hong Kong Polytechnic University after stand off with protesters