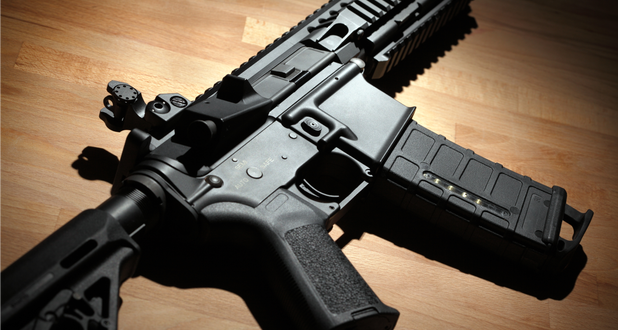 A pregnant woman is credited with saving the lives of her husband and daughter after she used an AR-15 to fatally gun down a home intruder, a report said.

The hero mom sprung into action when two intruders entered the family’s Lithia, Fla. home last week and pistol whipped her husband while violently grabbing their daughter, according to the Hillsborough County Sheriff’s Office.

“As soon as they had got the back door opened, they had a pistol on me and was grabbing my 11-year-old daughter.”

The robbers then pistol-whipped King and kicked him while the man’s wife, who is eight months pregnant, retreated into the bedroom.

“When he came toward the back door in her line of sight, she clipped him,” King told the outlet. “He made it from my back door to roughly 200 feet out in the front ditch before the AR did its thing.”

Police said in a press conference that they found the man’s dead body lying in the ditch nearby. The second suspect was on the loose.

The homeowner said he took a “severe beating,” but credited his wife for saving him.

“I’ve got a fractured eye socket, a fractured sinus cavity, a concussion, 20 stitches and three staples in my head,” said King.

“Them guys came in with two normal pistols and my AR stopped it. [My wife] evened the playing field and kept them from killing me.”

The sheriff’s office added that the firearm was in the home legally.