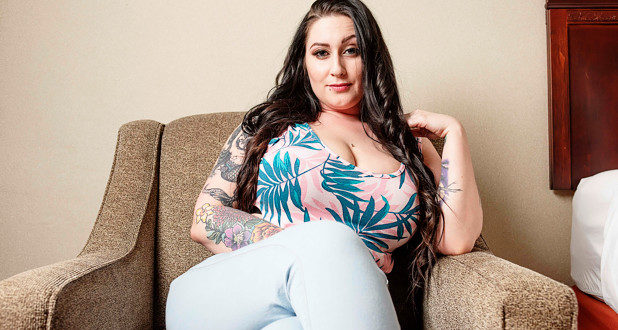 Before Valentina Marie was a social media star, she worked at a tanning salon in Rome, NY, making less than $200 a week.

Now, the 27-year-old says, she rakes in more than $1,000 a day selling explicit photos and videos via her Snapchat account, for which users pay a subscriber fee to see pornographic performances.

“Last night I did a show, and I have a collar that goes around your neck and is attached to nipple clamps, so I started off using that,” she tells The Post about a video she recorded for the 1,000-plus followers of her private Snapchat channel. “I do shows six to seven days a week. Sometimes it’s me in the shower. I have every sex toy you could ever think of.”

“All of this is a shift away from the [movie] studio system to a system controlled by performers,” Mike Stabile, an adult film industry consultant, tells The Post. “These [personal accounts] have really exploded in the past year, and some performers are making a ton of money.” 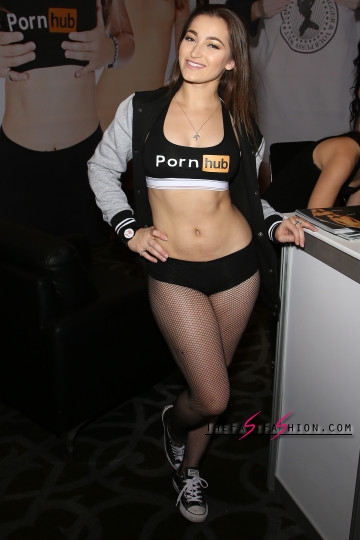 “Premium social media was a major factor in my decision to no longer shoot with production companies,” Orsag says. “Now, I own my own content and can monetize it for myself and not for anyone else.”

She is the best-selling model on TeddysGirls.net, a site that links to the social media profiles of more than 200 women selling explicit content. The site also acts as a middleman by handling subscriptions — Valentina Maria lands 10 to 15 new subscribers a day, according to a company spokeswoman — and user fees. The cost is $25 per month or $100 for lifetime access to her private Snapchat channel, and Teddy’s Girls takes a 25 percent cut.

Other women who don’t use an agency are paid directly by users, usually via Venmo or PayPal. The Post watched as someone used Venmo to send $20 — in exchange for a topless photo — to a Los Angeles-based female comedian. The comic, who declined to be interviewed, posts previews of her racy content on Snapchat and Instagram (on which she has some 126,000 followers), with emojis covering parts of her naked body. She is careful to avoid terminology, such as “sex” and “nude,” and images that could lead to her account being flagged or removed. 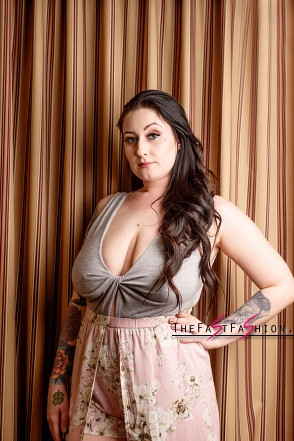 Snapchat states in its community guidelines: “We prohibit accounts that promote or distribute pornographic content.”

Instagram bars nudity with some exceptions: “Post-mastectomy scarring and women actively breastfeeding are allowed. Nudity in photos of paintings and sculptures is OK, too,” according to the company’s community guidelines.

Valentina Marie, who posts live sex shows to her NSFW Snapchat channel four to five times a day, plus teasers on her public profiles, says that “I definitely make [the most money] from people who have already purchased subscriptions and are buying extras.” For an average gratuity of about $50, she’ll send customized videos and photos.

“For example, the customer will say, ‘I want to see you, with your man, wearing a red dress and doing this type of thing,’ ” she explains, adding that her fiancé will sometimes join in as “a prop.”

She’s had phone-sex sessions with some big tippers, but never met a client in person. Still, Valentina Marie has had a few alarming situations with overzealous fans, including one who messaged her with: “I saw you shopping for ties at Macy’s.” Indeed, she had been at the mall hours earlier.

Valentina Marie has never explicitly admitted to her family what she does for a living, but they’ve noticed the change in her lifestyle. “My mom has noticed a difference in her Christmas gifts,” she says.

She adds that, on social media, you can’t be too private when it’s all about promoting yourself.

“You can’t hide what you do and make money,” she says. “Everything is about the followers.”

Previous Aziz Ansari addresses sexual misconduct accusation during NYC show: ‘I was scared that I’d never be able to do this again’
Next Shay Mitchell and Kate Walsh step out in same $1K dress