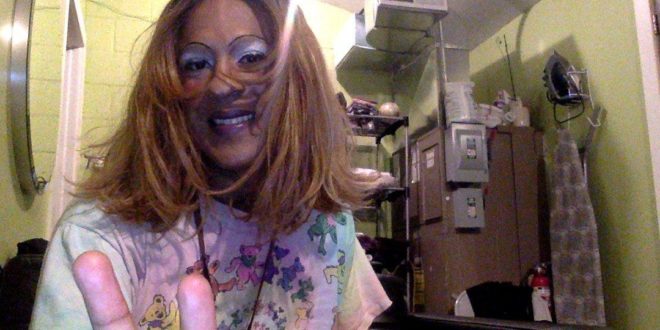 Rapper Mykki Blanco detailed an encounter they faced with the police and a fellow airplane passenger on a Delta Airlines flight on Friday.

The police were reportedly called after Blanco’s seat mate called the police because the person was “not comfortable” sitting next to them, Blanco said on Twitter.

“He said that he was not comfortable and did not know how Delta allowed ‘someone like me’ to board the plane with him and sit next to him,” Blanco tweeted.

The incident reportedly occurred on a flight from Toronto to Detroit. Blanco said they were sleeping on the flight and learned the police were called when they woke up.

Blanco reportedly was also told that an FBI report would be made from the “interaction” and they would go to jail if they continued to ask questions about the treatment they faced.

“This is the most bizarre form of homophobia I have ever encountered,” Blanco tweeted Friday. On Saturday, Blanco followed up the story with more thoughts. “If the story I shared earlier involving my flight from Toronto to Detroit seems vague it’s because it is,” they tweeted.

Blanco also hopes Delta’s cabin crew will come forward to corroborate Blanco’s claim that they were asleep. THUMP has reached out to Delta for a comment.

Read all of Blanco’s tweets below.

This is REAL @Delta. Then I was told by a police officer that an FBI report would be made from our “interaction”, except I did not interact

I was then told I could file a report myself and give “my side of the story”.. but the entire incident itself is fabricated