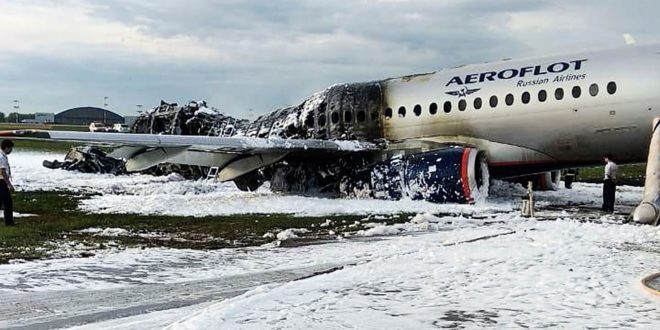 A survivor of the Russian plane crash that killed 41 of 78 people aboard expressed dismay that some passengers delayed the evacuation by grabbing their belongings — but asked that they not be persecuted.

“I do not know what to say about people who ran out with bags,” Mikhail Savchenko said in a translated post on Facebook. “God is their judge.”

He continued: “But I really want to ask them not to persecute them, I am sure that it is very hard for them now. I do not think that at least one person in this burning hell coolly and deliberately dragged suitcases.

“I do not know how the psyche works in such situations, [that is] a question for the experts,” wrote Savchenko, who posted a video from the ground showing passengers fleeing the conflagration while clutching what appeared to be bags.

“P.S. No, I didn’t drag my suitcases. No, I didn’t fly business. No, the moment I was filming, there were no people around me that I could help. But believe me, it’s not much easier,” he said.

Savchenko also thanked the crew of the doomed Aeroflot Sukhoi SSJ100 Superjet for doing “everything promptly and clearly.”

“If it weren’t for them, there would be many more victims,” he said.

The flight, which took off from Moscow on Sunday, was in the air for just 28 minutes before returning to make an emergency landing while still heavy with unburned fuel, which ignited when the aircraft hit the runway.

The crew reportedly did not dump any fuel, which is customary for flights that have to land soon after takeoff to prevent being too heavy.

Evdokimov said he was not sure why the plane landed hard after it lost radio communications because of a lightning strike. It was unclear if that precipitated the emergency landing.

Agency spokeswoman Svetlana Petrenko was also quoted by Russian media as saying investigators were looking into three main possibilities behind the cause of the disaster: inexperienced pilots, equipment failure and bad weather.

Flight attendant Tatiana Kasatnika said there was a flash shortly after takeoff, according to abc.net.au.

“We took off, got into a cloud, there was strong hail, and at that moment there was a pop and some kind of flash, like electricity,” she said in a video posted on YouTube. 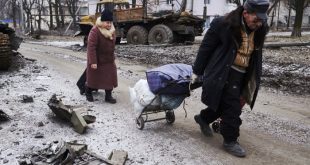