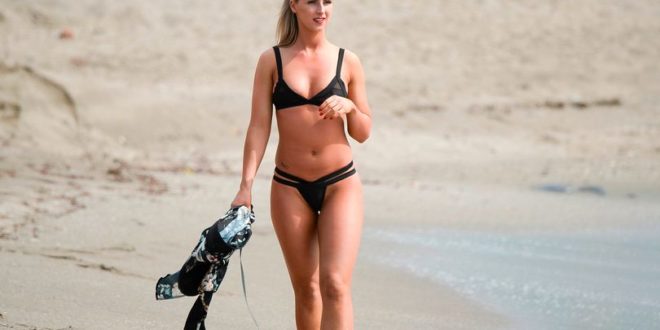 The 24-year-old from County Tyrone, Northern Ireland, was jailed in Peru in 2013 for attempting to carry £1.5 million of the drug from the South American nation to Madrid alongside Melissa Reid

Peru Two drugs mule Michaella McCollum has returned to Spain for the first time since her cocaine-smuggling ordeal.

The 24-year-old from County Tyrone, Northern Ireland, was jailed in Peru in 2013 for attempting to carry £1.5 million of the drug from the South American nation to Madrid alongside Melissa Reid, from Glasgow.

The pair hatched the plan while on the party island of Ibiza, where Michaella had moved two months earlier in June 2013 to work as a bar dancer for the summer.

Having returned home last summer following three years in a Peru jail, she is now embracing her new-found freedom and cut a happy figure as she relaxed on a beach in Marbella.

Last year Michaella revealed she believed the pair had been arrested after they had a huge row on a bus full of tourists as they visited the famous Inca ruins at Machu Picchu.

But they carried on to the airport with their drugs, believing their handlers’ lies that police would never stop them at the airport because they had been paid off.

But a plain-clothes officer at Jorge Chavez International Airport pulled her into a side room before parading them and their haul in front of cameras.

After realising she risked being jailed for 15 years, McCollum saw sense and confessed to her crime, receiving a lesser sentence of six years and eight months – which was cut short last April.

Reid, from Lenzie, Glasgow, was also released from prison in June. 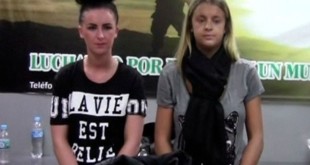