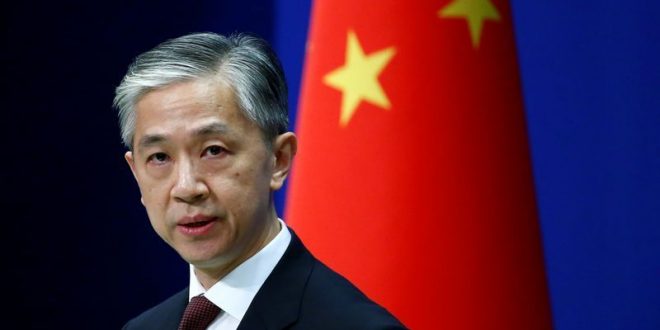 Days after a 17-year-old girl tested positive for COVID-19 in a remote part of western China last week, health authorities said they had tested over 4.7 million people in the region.

China’s strict formula of immediate lockdowns and mass testing even at the first signs of infection has been vital to its success in controlling the disease, allowing its economy to quickly recover from the crisis, officials say.

The highly orchestrated strategy – described as “overkill” even by its own proponents – is unique among major economies at a time when Europe and the United States are facing a massive surge of new cases and often chaotic policies.

At the time the girl was diagnosed, the Kashgar region of Xinjiang had reported no new cases for almost 70 days.

“China has taken the most comprehensive, strictest and most thorough control and prevention measures since the COVID-19 pandemic started,” foreign ministry spokesman Wang Wenbin said on Wednesday.

Key to the programme are factors unique to China, including the Communist Party’s tight grip on all aspects of society.

Authorities have unimpeded access to personal information as part of an expansive surveillance network, which has played a major role in tracing infections.

The government has also quickly enlisted the help of businesses, which are churning out tens of millions of test kits, and tightly controls their pricing and distribution, issues which have severely set back efforts to contain the disease in other countries.

China has reported just 2,382 cases since June. By contrast, Germany and France are set to follow Italy and Spain back into partial lockdowns, as Europe reported a record 230,000 cases in one day earlier this week, while U.S. cases are set to hit 9 million soon.

In August, Beijing ordered all major hospitals in the country to offer testing, and said there should be one urban testing base constructed for every million residents, with the capacity to scale up to 30,000 tests a day in a local outbreak.

Regions are also required to share resources, in sharp contrast to the early days of the outbreak, when several cities were accused of stealing equipment from each other.

The system, like all Chinese Communist blueprints, is highly structured around specific targets; testing teams should be able to complete a campaign within seven days.

Earlier this month, almost 11 million test results were delivered in around five days in the eastern port city of Qingdao. In Wuhan, the initial epicentre of the pandemic, over 9 million samples were taken over 10 days in May.

The mass testings are mandatory. Some are held in outdoor sporting venues and city parks, with hundreds of people lining up.

Epidemiologists have called into question the efficacy of the mass testing events, noting some patients require multiple tests over time to return a positive result.

The tests in Kashgar this week revealed around 38 positive cases for every million people tested. In Qingdao, a mass testing of around 10.9 million samples revealed no infections after an initial 13 cases were detected.

Reuters earlier reported that Chinese hospitals had begun purchasing millions of dollars worth of testing equipment across in an unprecedented medical spending spree. [L4N2DO0A4]

But the mass testings are also a key piece of political theatre for Beijing, which faced a wave of internal criticism in the early days of the outbreak.

“After the nucleic acid test screening, the people and administrative officials felt at ease,” said Wu Zunyou, chief epidemiologist for the Chinese Centre for Disease Control, in an interview with local media.

Previous Justin Bieber reveals torment of teen fame: ‘I was really, really suicidal’
Next 5 Things to Know Before Your First Time Getting Botox