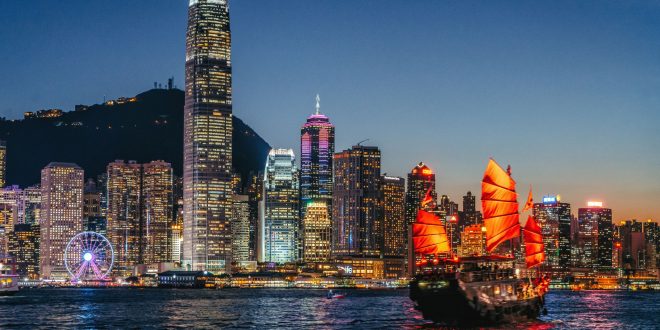 Up to one million Hong Kongers could take up the UK’s citizenship offer to escape Chinese repression, netting the UK economy nearly £6 billion in tax revenues, a Home Office assessment has revealed.

The influx – as a result of the Government’s fast-track immigration lifeboat for Hong Kongers – would see up to 500,000 arrive in the UK in the first year, dwarfing any previous similar scheme, from the 15,000 Windrush arrivals in the 1950s to the 28,000 Ugandan Asians in the 1970s.

The total potential one million spread over five years would be larger than the population of Liverpool and would bring the number of Chinese in the UK to 1.5 million, overtaking the number of Indians at 1.4 million.

However, it is the potential economic uplift that could have the biggest impact on the UK, with the Home Office’s estimates putting the “net positive impact” at between £2.4 billion and £2.9 billion over five years, “the majority attributable to additional tax revenue.”

This is based on the £6 billion generated for the Exchequer through tax revenues minus the cost to the state from the incoming Hong Kong families’ use of health, education and other public services.

Under the scheme, Hong Kongers who have, or are eligible for, British National Overseas (BNO) passports will be able to sidestep jobs, skills and income tests that other migrants will face from January 1 2021 and secure five-year UK visas.

They will not be entitled to claim benefits and will have to pay the health surcharge and visa fees. They will also be expected to be able to accommodate and support themselves for at least six months and demonstrate a commitment to learn English and have no criminal record.

The scheme was launched after the UK suspended its extradition treaty with Hong Kong and slapped an arms embargo on the territory in response to China’s national security law on the former British territory.

It means that from January, BNOs and their immediate family can apply for 30-month or five-year visas to live, work and study in the UK, and can seek British citizenship once they have been in the country for more than five years.

The Government’s upper estimates suggest as many as a third of the three million eligible Hong Kongers will take up the offer, although more conservative “central range” estimates suggest it would be up to 153,700 in the first year and 322,400 over five years.

The Home Office acknowledged there was uncertainty over the estimates.

“We should particularly take into account the effects of Covid-19 on travel and we do not yet know how that will affect people’s behaviour in taking up this offer,” said a spokesman.

Foreign Secretary Dominic Raab described the scheme as the UK “keeping its word.”

“We will not look the other way on Hong Kong, and we will not duck our historic responsibilities to its people,” he said.

Oxford University’s migration observatory has estimated the costs for an adult Hong Konger to achieve citizenship would be £7,000 including fees and the health surcharge, and £20,000 for a family.

No, thanks.
Previous Hunter’s ex-partner Tony Bobulinski: Joe Biden’s a liar and here’s the proof
Next Noah Cyrus Wore a Naked Bodysuit at the CMT Awards