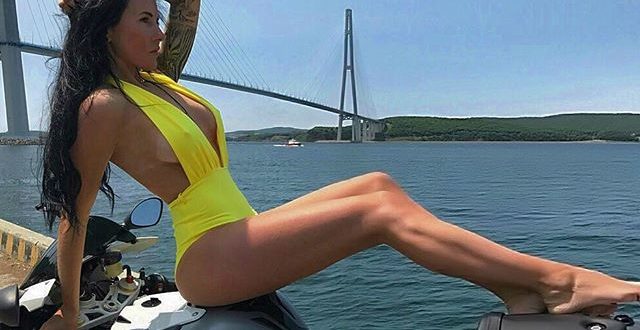 Olga Pronina, a Russian Instagram model who was known for performing bike stunts in sexy outfits, was killed in a horrific motorcycle accident.

Pronina, a 40-year-old social media model who went by ‘Monika9422’ online, apparently lost control of her motorcycle and crashed into a fence in the Russian city of Vladivostok on Monday, July 31.

Police said that Pronina, who was also a hairdresser, died from fatal injuries on impact as her bike split in half during the crash.

The woman was a popular social media star due to her stunts on her BMW S1000RR and raunchy outfits. In one video, she is seen riding sideways on her bike wearing just a short dress and showing off her legs.

She blows a kiss to the camera and later stands up on the bike, shaking her hips as she rides down the road. Friends who arrived on scene said that the woman was a skilled driver who would race at extremely high speeds.

One of her wheels had been through hundreds of meters in Monday’s crash, according to Sputnik News. While it’s currently unclear if she was filming when the crash occurred, her phone could not be found at the scene. It is believed that Pronina, who is divorced, has a 16-year-old daughter who was staying with her grandparents at the time of the crash.

Previous Serinda Swan: 8 Hottest Photos Of The ‘Ballers’ Actress
Next Model who tried to nick $1,314 worth of designer goods from Harrods is spared jail due to ‘considerable talents’ 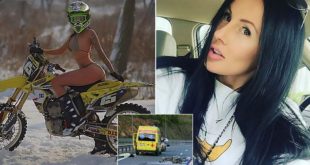 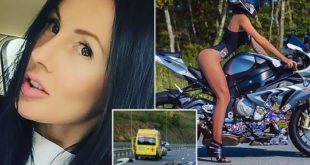