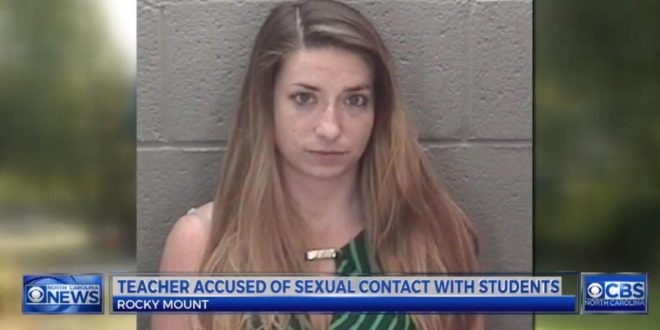 ROCKY MOUNT, N.C. — A 25-year-old North Carolina math teacher has been charged with having sexual contact with three students.

The Rocky Mount Telegram reports that Erin Elizabeth McAuliffe has been charged with three counts of sexual activity with a student and one count of indecent liberties with a minor. The charges are also listed on a court system website.

Police say the teacher at Rocky Mount Prep was accused of having an inappropriate relationship off-campus with the three male students during the past school year. Rocky Mount police Cpl. Mike Lewis told the newspaper that one of the students was 16 and two were 17.

The head of the public charter school, Todd Pipkin, said McAuliffe’s last day of employment at the school was May 4. A police report, obtained by CBS North Carolina, indicates Pipkin was the one who notified authorities about the allegations.

“We have been fully cooperative with local law enforcement during the course of their handling of this matter,” Rocky Mount Preparatory said in a statement released to the station.

A phone listing for McAuliffe was disconnected.

McAuliffe was held in the Carteret County jail under a $20,000 bond. Records show she has bonded out, the station reports.

Previous Erin Elizabeth McAuliffe,Prep school math teacher arrested for having sex with students
Next With One Little Like, Bella Hadid Just Caught The Attention Of Every Selenator 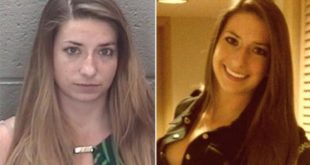