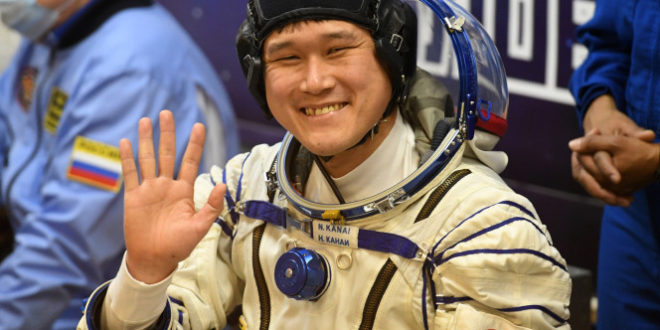 A Japanese astronaut has apologized for causing “fake news” after tweeting he had grown 3.5 inchessince landing on the International Space Station.

Norishige Kanai, 41, hastily corrected his initial claim by admitting he has actually only grown 2 cm, or about 3/4 of an inch.

Tweeting Wednesday, he admitted: “Although it was a measurement error, it seems that it has become a serious topic. I am very sorry for the terrible fake news.”

The first-time astronaut did not explain why he made the initial claim but added he was glad he would be able to return to earth in the Soyuz spacecraft, which has a height limit.

His initial claim — which he called a “serious report” — was carried by news organizations around the world, including the BBC and Washington Post.

Kania tweeted that he feared he might not be able to fit in the Soyuz spacecraft, due to bring him back in June.

The flight engineer said: “We had our bodies measured after reaching space, and wow, wow, wow, I had actually grown as much as 9 cm.! I grew like some plant in just three weeks.

“Nothing like this since high school. I’m a bit worried whether I’ll fit in the Soyuz seat when I go back.”

Experts say astronauts usually grow between 2 to 5 centimeters (about 3/4 of an inch to nearly 2 inches) due to the low gravity allowing the vertebrae in their spines to spread.

Once back on Earth spines usually go back to their normal length.