Breaking News
Home / News / The no. 1 feature consumers want from the iPhone 8 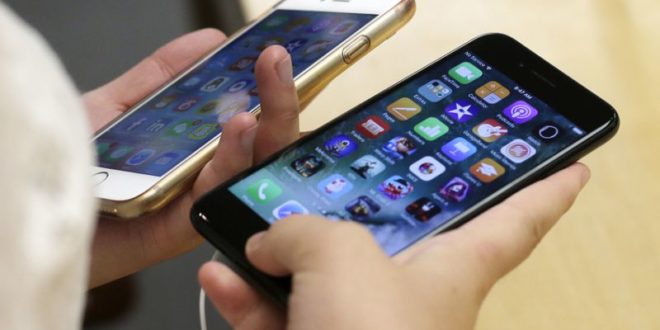 Apple (AAPL) will soon release its new iPhone and, for now, there’s no way to know whether the tech giant will reinvent the device or continue on its path of slow incremental improvements. But despite significant counterintelligence, some info about the iPhone has leaked.

According to various reports, the forthcoming iPhone 8 will likely have an OLED screen, a virtual home button, inductive charging, a tap-to-wake feature, facial-recognition unlocking, and more. But what do consumers really want? To find out, Yahoo Finance conducted a survey that garnered responses from 15,000 people.

‘Plain’ practical features are the heart of the system

“I believe these ‘plain’ practical features are the heart of the system,” iPhone user Mathew Malmon told Yahoo Finance. “It seems like the broken display happens quite often and costs you money even with insurance — so with an unbreakable display I’d save money in the long run.” Malmon added that software upgrades and time often kill battery life, making those improvements even more important.

David Gruber, another Yahoo Finance reader, echoed these sentiments, pointing to the fact that these plain features actually dull the genius of Apple’s design. Bad battery life often means adding a battery case, and worrying about a cracked screen has turned phone cases into a $12 billion industry annually and growing.

In terms of the slightly “cooler” features, Yahoo Finance’s iPhone users most coveted a sleek edge-to-edge display, followed by a better camera. And although many people put “more storage” high on their list, many iPhone users seem to have solved storage issues with the cloud.

According to a survey from RBC Captial Markets, wireless charging is the most attractive feature, something that did not spark much enthusiasm in Yahoo’s survey.

The preference for “plain” features underscores the real purpose of a phone to its users and illustrates how a tech company could take its eye off the ball as it looks towards psyching up its fan base with the hype of augmented reality. For many of these users, the allure of Apple isn’t the features but the singular user experience only the company’s products can provide.

Previous Bikini designer highlights reality behind flawless ‘Insta-models’
Next iPhone 8: Release date, price, news and everything you need to know