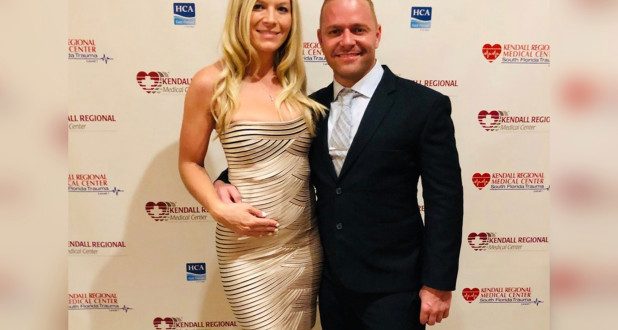 New Jersey doctor falls to his death while vacationing with fiancée

A New Jersey doctor on the verge of starting his dream job and getting married fell to his death while vacationing on the island of Ibiza, according to reports.

Dr. Daniel Sirovich, 34, of Kearny and his fiancée, Kristi Kelly, originally from Staten Island, were sightseeing near a cliff on the island off the coast of Spain on Wednesday when he fell 82 feet, according to a GoFundMe page started by friends.

An off-duty nurse at the scene attempted to save Sirovich’s life, but he was already dead, with emergency responders calling off a helicopter sent to airlift him to a local hospital, EuroWeekly reported.

“Danny was, by far, the person with the most life that we had the pleasure to meet,” friend Gui Ramos wrote on the fundraising page. “He gave 120% in everything he did, from his studies, to work, to loving (his fiancée) Kristi, his family and friends.”

Sirovich had studied at Rutgers University and recently worked at the Kendall Regional Medical Center in Miami, Fla. He was scheduled to take on a new job in an intensive-care unit in Boston, according to a NJ.com report.

The report said Sirovich became engaged to Kelly, who is studying to be a physician’s assistant, in 2016 while on vacation in Germany. The couple was due to be married next year.

Sirovich’s death came one day after the 18-year-old daughter of a British entrepreneur was found dead in a swimming pool in Majorca, Spain. Paramedics were unable to revive Jose Clacher when she was found after a night of partying with friends.