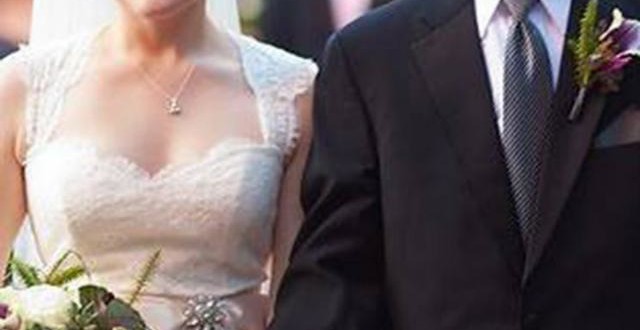 Daniel Politte faces up to 99 years in jail after being found guilty of murdering his wife. His defense? That she was struggling with body image issues.

It was March 11, 2014, when paramedics were called to the Politte home in Missouri City, Texas. “I don’t know what’s wrong with her, but she’s drowning in her own blood!” Politte told a 911 operator.

When authorities arrived they found a bedroom covered in blood and a revolver that had fired a single shot. Politte never mentioned the gun in his 911 call.

At trial he would claim his wife, Stephanie, was depressed and suicidal. First he said he didn’t remember her being shot, claiming that his memory was a blur. He then changed his story to say the two had wrestled over the gun and it had gone off during the struggle.

Ballistic evidence gathered by authorities suggests otherwise. They found that the gun had been fired 11 to 15 inches from the back of Stephanie’s head while her face was pressed against something. Police found a photograph on Politte’s phone taken just twenty minutes before Stephanie’s death. In it she’s asleep, her face pressed against a pillow.

Investigators also found that Stephanie’s blood alcohol level was three times the legal limit, making it unlikely she had struggled with her thirty-year-old husband.

That night as paramedics scrambled to save Stephanie, Politte was sitting in the back of a police car. He didn’t realize he was being recorded by a dashcam. “I’m f*****” he was recorded saying.

Politte also made some unusual comments during his 15-minute 911 call. “”You know, you’re so pretty,” he can be heard saying, “Very pretty. You’re a very pretty girl.” When interviewed by police he was calm at moments and sometimes frantic.

Politte was unemployed while Stephanie worked full time as a teacher for autistic children. Prosecutors suggested financial struggles may have been a motive for Politte in the killing.

“Nothing will ever bring Stephanie back, but knowing that the person that’s responsible for her death had been found guilty is a great relief,” said Stephanie’s father Neil Kirkpatrick after the trial.