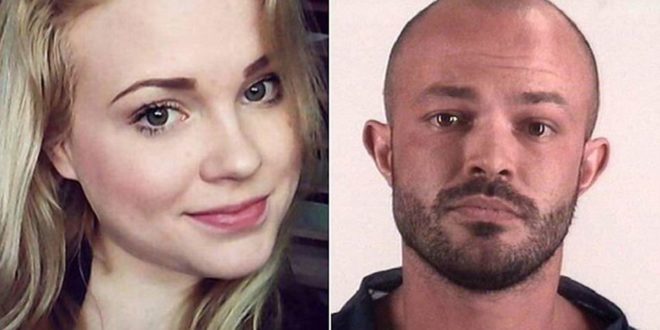 Man gets life in prison over grisly murder, dismembering of college student

WARNING, GRAPHIC DETAIL: A man has been sentenced to life in prison over the death of a college student whose brutally murdered body was found dumped in a park.

The dismembered body of Jacqueline Vandagriff, 24, was found dumped in a Grapevine park in Texas in September 2016.

But this week it took a jury less than three hours to find Charles Dean Bryant, 31, guilty of her murder, rejecting a defence attorney’s argument that her client panicked only after the woman died during consensual sex.

The jurors briefly deliberated later Monday before returning the maximum penalty allowed by law in the murder of the 24-year-old Texas Woman’s University student.

Prosecutors countered that there’s no evidence the two had sex.

McGinty said Bryant committed a crime by panicking and disposing of the woman’s body in September 2016, but he did not commit murder.

However, prosecutor Lucas Allan shut down those claims, saying Bryant deliberately killed her before calmly dismembering her body and cutting out her heart.

“Why cut out the heart? What does it have to do with disposing of a body? He cut her heart out,” the Fort Worth Star-Telegram reported Allan as telling jurors Monday.

“I want that image to sink in.”

Bryant and Vandagriff met at a bar in Denton and went to a second bar near the University of North Texas before leaving together. Her purse was found in the trash at Bryant’s home.

Bryant was also found guilty of tampering with evidence and received 20 years behind bars. The sentences will be served concurrently.