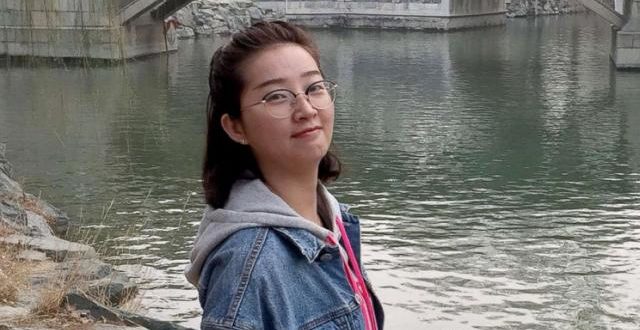 An Illinois man was arrested and charged Friday with kidnapping a visiting scholar from China, who authorities now believe to be dead after she disappeared three weeks ago.

Brendt Christensen, 28, of Champaign, Illinois, has been charged in a federal criminal complaint with abducting Yingying Zhang, who vanished shortly after she stepped off a transit bus near the University of Illinois campus in July.

The complaint, which was filed in federal court on Friday, alleges that Christensen’s cell phone was used in April to visit an online forum entitled “Abduction 101,” including sub-threads called “Perfect abduction fantasy” and “planning a kidnapping.”

Zhang, the 26-year-old daughter of a working-class factory driver from China, was reported missing by a University of Illinois associate professor on June 9 — just weeks after she arrived on the Urbana-Champaign campus as an international scholar researching photosynthesis and crop productivity.

According to a 10-page affidavit filed by FBI Special Agent Anthony Manganaro, Christensen was caught on audio recording while under law enforcement surveillance on Thursday explaining how he kidnapped Zhang. Christensen allegedly stated that he brought Zhang back to his apartment and held her there against her will.

Based on that information and other facts uncovered during the investigation, authorities believe Zhang is no longer alive, the affidavit states.

Robert Jones, chancellor of the University of Illinois at Urbana-Champaign, issued a statement expressing “great sorrow” to learn that Zhang is believed to be dead.

“There are no words that can explain why or how such a terrible thing should happen, nor is there anything I might say that will ease the grief of any of you who knew her. There will be time for justice and for explanations in the days and weeks ahead,” Jones said. “Yingying is remembered for her kindness, her gentleness and her smile.”

According to the federal charging document, Zhang intended to meet with an apartment manager to sign a lease at a complex in Urbana the afternoon of June 9. Surveillance cameras captured Zhang waiting at a bus stop near the university’s campus at 2 p.m. CT when a black Saturn Astra appeared to pass her, then circle the block back to her location.

The car pulled over to where Zhang was standing and she was observed on surveillance video speaking with the driver for about a minute. She then entered the front passenger side of the vehicle and the car drove off, according to the affidavit.

Law enforcement personnel investigating Zhang’s disappearance determined there were 18 cars similar to the one Zhang was seen getting into registered in Champaign County.

While following up on leads, authorities went to an apartment complex in Champaign on June 12 where they spotted a 2008 black Saturn Astra, which was registered under Christensen’s name. Investigators questioned Christensen, who stated the vehicle was his but couldn’t initially recall his whereabouts on the day Zhang went missing, according to the affidavit.

Authorities later determined the black Saturn Astra in the surveillance footage had a sunroof and cracked hubcap, like the vehicle that belongs to Christensen. When they interviewed Christensen again, he admitted to driving around the University of Illinois campus and giving a ride to an Asian woman who told him she was late for an appointment, according the court document.

Christensen claimed the woman “panicked” when he apparently made a wrong turn, so he let her out of his car in a residential area a few blocks away from where he picked her up, the affidavit states.

Christensen was placed under continuous law enforcement surveillance on June 16.

The affidavit says investigators obtained consent from Christensen’s roommate to search the residence, where they seized numerous electronics, including several computers and cellphones belonging to the suspect. They also executed a search warrant on Christensen’s car.

The front passenger door of the vehicle where Zhang would have been sitting appeared to have been cleaned more diligently than the other car doors, the affidavit states.

“Based on my training and experience, I believe that this type of action may be indicative of an attempt to conceal or destroy evidence,” Manganaro states.

Although Zhang is no longer believed to be alive, the affidavit states that she remains missing as of Friday.

Zhang graduated in 2016 with a master’s degree in environmental engineering from Peking University Shenzhen Graduate School, one of China’s elite schools, according to The Associated Press.

Previous Wife: Police not fast enough to save husband
Next Blac Chyna Says She’s ‘Single’ and ‘Happy,’ Has Adorable Pool Day With Kids Dream and King