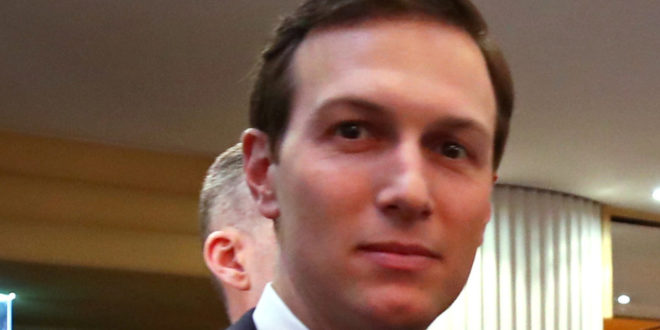 Kushner Cos. has been in talks with federal lenders Fannie Mae and Freddie Mac about backing for its purchase of more than 6,000 rental apartments in 16 properties in Maryland and Virginia from private equity firm Lone Star Funds, two sources told Bloomberg. It’s not clear how much money the company is seeking.

It’s the firm’s biggest deal in more than a decade, The Wall Street Journal reported.

Kushner Cos. president Laurent Morali told the Journal that the firm plans to borrow about 70 percent of the cost of the Lone Star package. He said Kushner Cos. was “running a competitive process” to choose a lender, the Journal reported. Morali apparently didn’t mention the federal lenders to the Journal.

President Donald Trump’s son-in-law relinquished his management role at Kushner Cos. and divested from some assets in the family business when he became senior White House adviser. At that time the company held more than $500 million in loans from Fannie Mae and Freddie Mac, according to Bloomberg.

But Kushner remains a key stakeholder in the company and real estate deals. The real estate holdings and other investments of Kushner and his wife, Ivanka Trump, were worth as much as $811 million last year, according to 2018 financial filings.

Peter Mirijanian, a spokesman for Jared Kushner’s attorney Abbe Lowell, emphasized to Bloomberg that Kushner no longer manages the company, adding that he is “walled off from any business or investment decisions and has no idea or knowledge of these activities.”

Fannie Mae and Freddie Mac are regulated by the Federal Housing Finance Agency, which is headed by Trump-appointee Joseph Otting. He used to be chief executive of OneWest Bank, which was founded by now-Treasury Secretary Steven Mnuchin, who is considered a close “ally of Kushner” in the White House, Bloomberg…